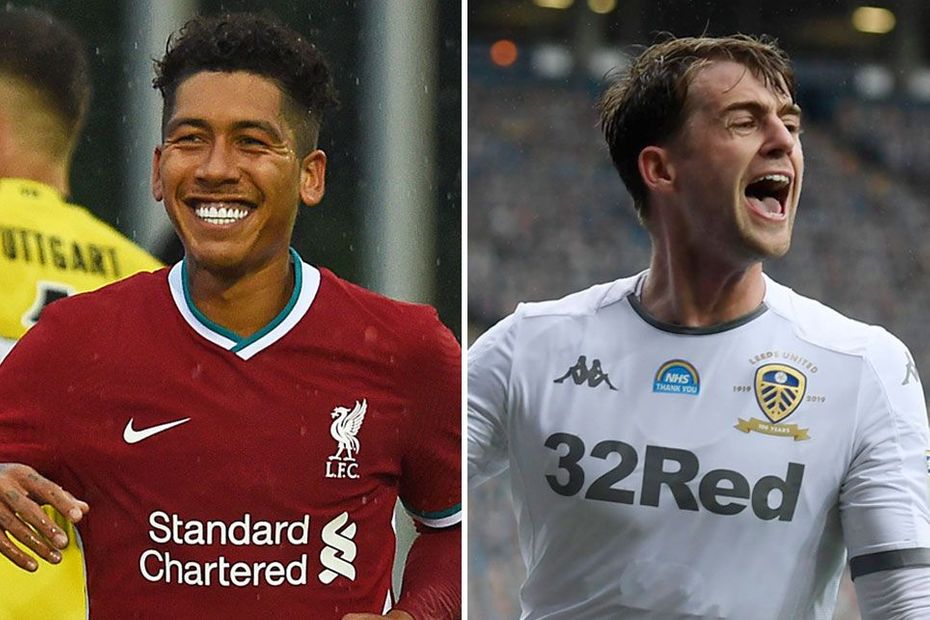 A battle between the reigning Premier League and Championship champions is the standout fixture on the opening weekend of the 2020/21 season.

Liverpool host Leeds United, who make their return to the top flight for the first time in 16 years.

To put that absence into perspective, the last time they visited Anfield in this competition was in October 2003 when their starting line-up in a 3-1 loss included a 17-year-old James Milner.

Now 34, the veteran midfielder would no doubt love to be involved for the Reds against the club who gave him his first-team breakthrough when they meet in Matchweek 1.

Leeds will be huge underdogs against Jurgen Klopp’s outstanding side, who have not lost a league match at Anfield since April 2017.

But the Yorkshire side have never lost the first match of a Premier League campaign.

Unbeaten in a total of 12 opening-weekend outings in the competition, they also have a habit of being defensively solid at the outset of a new season.

In five of their last six openers Leeds have kept clean sheets.

It will be a tall order for Marcelo Bielsa's men to continue that tradition, but the experienced Argentinian head coach will undoubtedly try to ensure Leeds are difficult to break down.

With two of the finest modern coaches pitting their wits against one another, it will be fascinating to see how this contest unfolds from a tactical perspective.

We know Liverpool are likely to start in a 4-3-3 but Bielsa is less predictable when it comes to the shape of his Leeds team.

If he chooses last season's most-used formation 4-1-4-1, it will be a system that effectively matches up the hosts.

Not afraid to press or try something unusual, do not be surprised if Bielsa instructs his players to mark their Liverpool counterparts man-to-man for periods of this encounter.

Earlier this year he revealed that he has tried to replicate elements of the Reds' approach.

"In the last season, Liverpool and Klopp was the reference for everybody in football," said the 65-year-old. "Always you have teams and managers that attract you to copy them.

"Human beings always want to copy those who win. In this case, a lot of positive things I want to observe and to see."

The admiration is unsurprisingly mutual. Klopp has also described Bielsa as an "outstanding role model" for coaches.

These two teams may have been playing at different levels of English football but they do share a common trait.

Liverpool and Leeds are both exceptional frontrunners.

In 92 regular-season matches under Bielsa, the promoted side have lost only once after scoring the opening goal of the match, winning on 46 of 51 such occasions.

Liverpool are just as ruthless when they gain an advantage.

Across their last 76 Premier League matches they have been beaten just once after taking a 1-0 lead.

The team who net first at Anfield in this exciting Matchweek fixture will be extremely confident of going on to secure all three points.