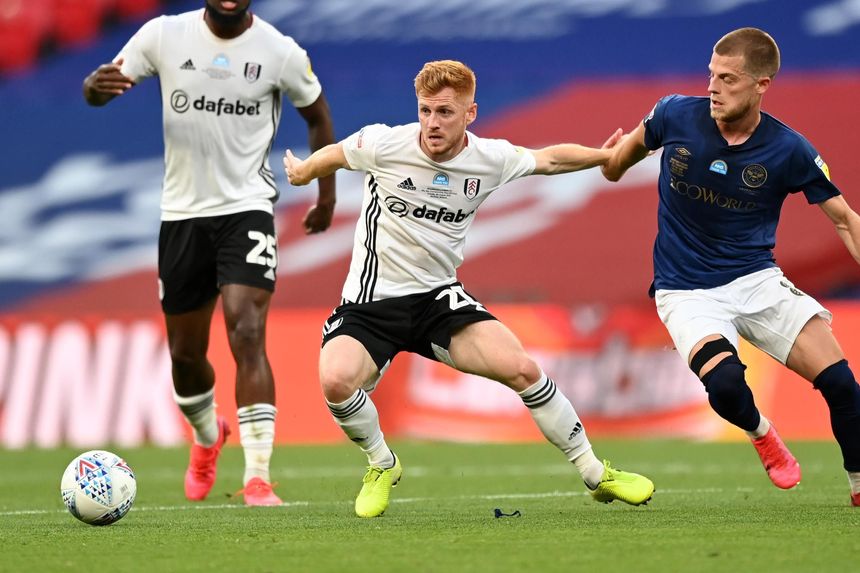 Adrian Clarke looks ahead to Fulham v Arsenal in Matchweek 1.

Fulham midfielder Harrison Reed has a great opportunity to outline his Premier League credentials in his side's opening-day meeting with Arsenal.

The 25-year-old was deemed surplus to requirements at Southampton, where he made just 17 top-flight appearances between 2013 and 2017.

But on the back of an outstanding Championship loan spell at Craven Cottage, Reed has earned a permanent move to west London.

He delivered a series of dominant and accomplished displays at the business end of the campaign and is now set to be a key part of Scott Parker's plans.

To spring an upset on Saturday Fulham will certainly need Reed to provide top-class protection for the back four.

In addition to being a terrific and tigerish ball-winner, Reed is also well-suited to Fulham's possession-based style of play.

With an 88.5 per cent pass accuracy, he is an efficient orchestrator inside the middle third of the pitch.

90% of the Earth has been covered by @HarrisonReed this season! 🚂#FFC pic.twitter.com/tlzPPA5W2o

If Mikel Arteta sticks with the 3-4-3 formation that helped the Gunners win last season's FA Cup it could give their hosts a numerical advantage in central midfield.

The Cottagers like to use a 4-3-3 or 4-2-3-1 and if they do outnumber Arsenal in this department it may help Reed stamp his authority on the contest.

Towards the end of last season strikers Alexandre Lacazette or Eddie Nketiah were asked to drop in and press the opposition's deep-lying midfielder.

In the Championship Fulham liked to control matches with the ball. They averaged 58.1 per cent possession last season.

In fact, Parker's side only enjoyed less than 50 per cent of possession in four of 49 league matches in 2019/20, so they will need to make tactical adjustments to cope with the higher level.

That said, Arteta's Arsenal are at their best from transitions and counter-attacks, so it would not be a surprise to see Fulham have plenty of the ball on Saturday.

Interestingly, the last three away defeats the Gunners suffered in the Premier League came in matches in which they had a significantly larger share of possession.

Being asked to break down well-organised opponents is an area where they have struggled.

So it could suit the visitors to allow Fulham on to the front foot this weekend.

Moving forward though, it is imperative for the Arsenal manager to develop an alternative style of play that helps his team open up opponents who adopt a low defensive block.

To do that he may have to move away from the 3-4-3 formation and sacrifice one of his defenders for a more creative midfielder.

Part 1: Leading from front will be key when champions collide
Part 2: Brighton's new-look defence set for Werner test
Part 3: Deputy wing-backs must step up for Wolves
Part 4: Ward-Prowse can set tempo for Southampton
Part 5: Diangana quality can keep Leicester on back foot
Part 7: Allan can steady Everton midfield ahead of Alli battle