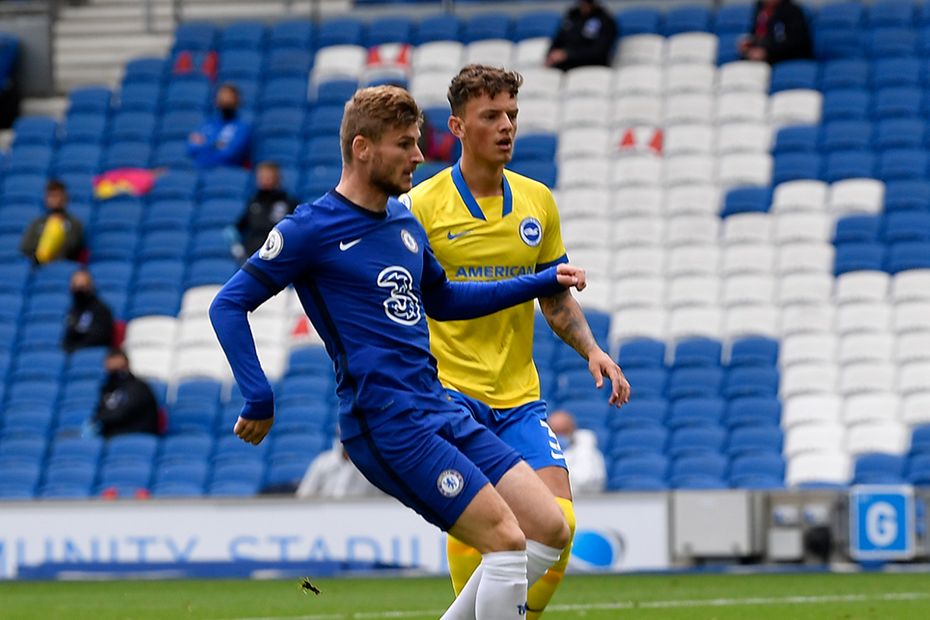 Centre-back Ben White is set to make his Premier League debut after returning from an impressive loan spell with Leeds United.

During pre-season, the Seagulls experimented with White on the right side of a three alongside captain Lewis Dunk and Adam Webster.

Together they have the potential to form a quality, ball-playing defensive unit.

They will be targeting a clean sheet against Chelsea that could set the team up for a season of real progress.

White has never made a league start for Brighton and has spent the last three seasons on loan at Newport County, Peterborough United and Leeds.

He showed plenty of class for Marcelo Bielsa's side and played an integral role in helping them win promotion from the Championship.

Averaging 2.5 interceptions per match last term, his ability to assess danger will certainly be a major asset for Albion.

His confidence on the ball is also perfect for the way Potter wants his team to play out from the back.

Dunk and Webster made more passes than any other Brighton players in 2019/20 and both were extremely accurate with their distribution.

White's 85 per cent pass accuracy in the Championship proves he will be able to handle this style.

One of Brighton's main priorities in Matchweek 1 will be to contain Chelsea's new striker Timo Werner, who scored against them in a recent friendly.

The Germany international is blessed with searing pace so the hosts will want to avoid being caught out holding a high defensive line.

Werner likes to play on the shoulder of the last defender and is always seeking to capitalise on mistakes.

Up against one of European football’s most natural finishers, Brighton's new-look defence will no doubt be tested at Amex Stadium.

See: Deputy wing-backs must step up for Wolves