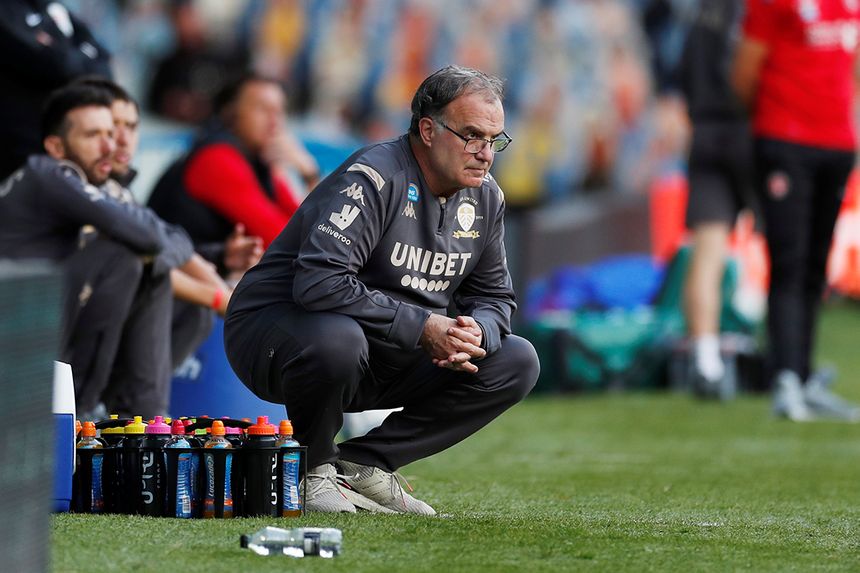 Fluid with their movement in possession and aggressive in their press, Marcelo Bielsa's side will be difficult opponents.

Everything they try to do under the experienced Argentinian, a pioneer for modern coaching and inspiration to managers such as Manchester City's Pep Guardiola, is assertive.

For this reason Leeds are an incredibly fit side who finish matches stronger than most. Indeed, they scored a Championship-high 51 second-half goals last season.

Bielsa’s preferred shape is 4-1-4-1, a system he started with in 36 out of 46 league matches in the title-winning campaign.

Kalvin Phillips was the principle holding midfielder, with two energetic box-to-box players operating ahead of him, usually Mateusz Klich and Pablo Hernandez.

But Bielsa can tailor his formation to suit individual opponents and is also comfortable setting his team up with a back three.

Sometimes, either at the start of matches or for an in-game tactical change, he will switch to an unusual 3-3-3-1 shape, often with great success.

Rival teams will have to adjust to seeing Leeds players take up unexpected positions.

Leeds out of possession

Leeds averaged 60 per cent possession in their 2019/20 matches, yet their ball-winning stats were still incredible.

As soon as possession is lost, they counter-press with intensity and close down spaces extremely well.

The organisation and structure of the team are core strengths.

With a physical and often feverish approach in attempting to reclaim possession, few teams bettered their success rate.

Leeds also have the style to cause problems when they have the ball.

Moving it quickly and using the full width of the pitch, Bielsa’s men can be incessant in the way they pin opponents into their own half.

Their attacking midfield quartet of Harrison, Klich, Hernandez and Costa are a real handful. All four players like breaking into the penalty area and are creative in open play, too.

As the table above shows, Leeds were far and away the most attacking team in last season’s Championship, even if their 77 goals were three fewer than defeated playoff finalists Brentford.

It will be fascinating to see if they can pose as many problems for Premier League teams. If they do, a mid-table finish is a realistic target.