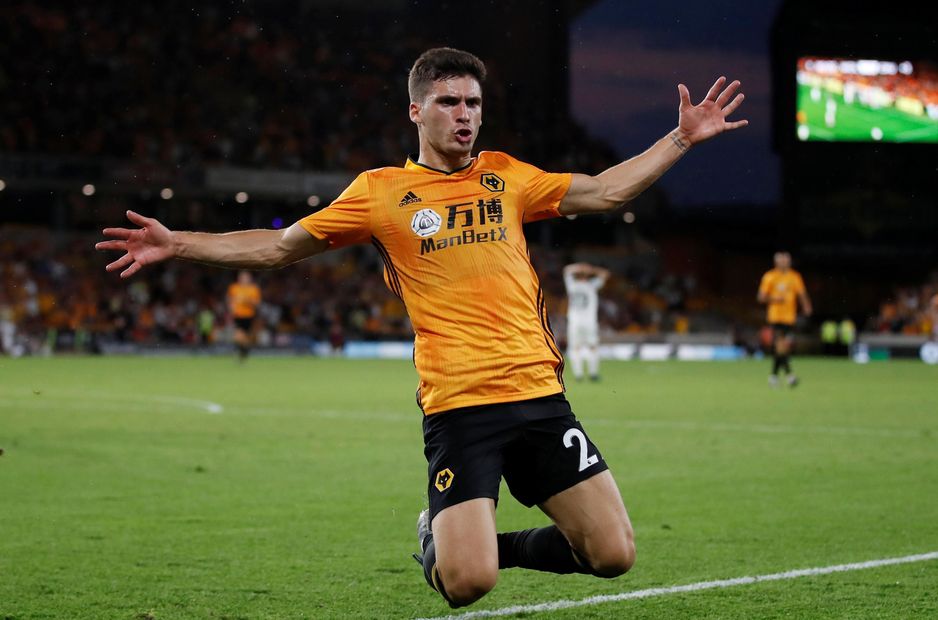 Silva on becoming a wolf, record signing and message to fans External Link
FPL rotation: Dier and Vinagre can bring in early points

Wolverhampton Wanderers' wing-backs have been a key part of their success, but they will begin 2020/21 with a different pair of faces in those positions.

A knee injury has ruled out left wing-back Jonny for several months while Matt Doherty was sold to Tottenham Hotspur last month.

As it stands 21-year-old Ruben Vinagre and the untested Oskar Buur, 22, will occupy those vital roles for their opening fixture at Sheffield United.

But Wolves head coach Nuno Espirito Santo may opt to hand new signing Fernando Marcal, who can play at left wing-back, a start straight away after signing him on Sunday evening.

How the wing-backs perform against a Blades side that is especially strong in wide areas may have a huge bearing on the result.

Vinagre made six Premier League starts last term, so he is no stranger to top-flight football.

He featured in memorable away victories at Manchester City and Spurs and was regarded as a very able understudy to Jonny in the previous campaign.

He loves to whip crosses in for Raul Jimenez and others to attack, with only Adama Traore delivering more than Vinagre, who made 4.18 per 90 minutes.

That tally ranked him high on the list of attacking Premier League left-backs.

His duel with Sheffield United's George Baldock, who sent in 3.37 open-play crosses per 90, will be very interesting to watch.

Both men will seek to push the other back into their own half at every opportunity.

Unless Wolves sign a replacement for Doherty before their trip to Bramall Lane or if Espirito Santo thinks it's too soon to bring in new recruit Marcal into the backline, Buur is the man most likely to start at right wing-back.

The Dane has been part of Wolves' Under-23s since joining from Brabrand in 2017.

He scored on his Championship debut against Hull City in 2018, but is yet to taste Premier League action.

Buur impressed when called upon in last season's 4-0 win over Besiktas in the UEFA Europa League, creating a goal for Diogo Jota.

If he plays in Matchweek 1, Buur would be directly up against the impressive Enda Stevens.

That is a match-up that will be a stern examination of his credentials.

Chris Wilder’s squad have had an extra 16 days of rest compared with Wolves who had UEFA commitments.

A number of key Wolves men have also been on international duty to further disrupt Nuno Espirito Santo's plans.

It could be a good time for Sheff Utd to take on a Wolves side who may need time to hit their stride.