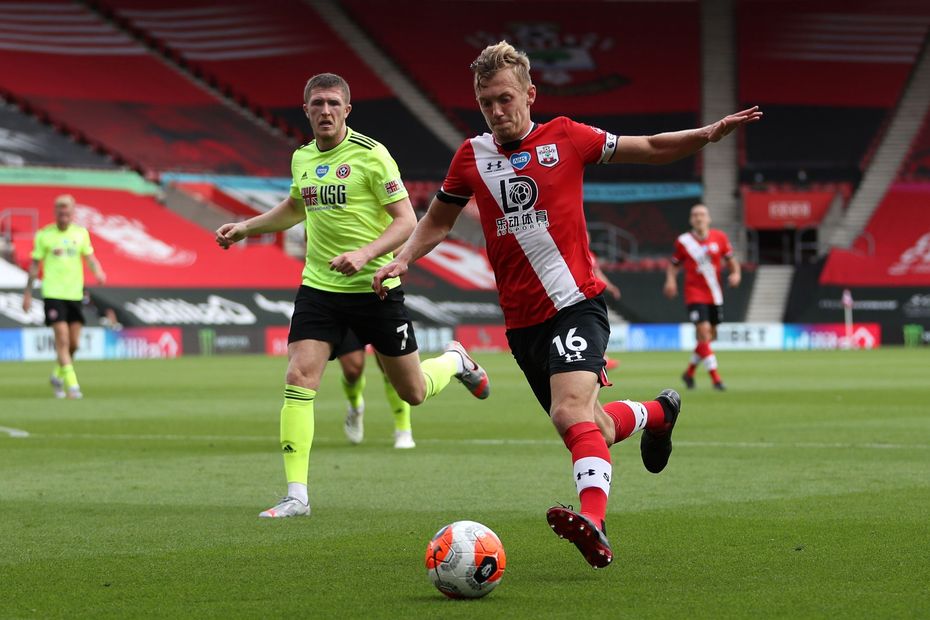 Southampton captain James Ward-Prowse will assume even greater responsibility in 2020/21 without Pierre-Emile Hojbjerg by his side.

Ward-Prowse has been used in a variety of positions since his debut in 2011 but is now an integral player in the centre of midfield.

The 25-year-old's excellent displays earned him a first competitive start for England in a 1-0 UEFA Nations League win over Iceland last week.

He will now switch attentions back to his club, where he will be expected to set the tone for Ralph Hasenhuttl's side at Crystal Palace.

It is easy to understand why England manager Gareth Southgate sees the midfielder as part of his plans.

While Ward-Prowse is not particularly skillful, he does have a little bit of everything to his game.

His athleticism is certainly a great asset for Southampton, with no one covering as many kilometres in 2019/20 as he did in the heart of midfield.

On Saturday, Palace will also be wary of his end product higher up the pitch courtesy of a superb right foot.

His ability from set-pieces make Ward-Prowse one of the very best technicians in the Premier League.

Palace have an underrated box-to-box midfielder of their own in James McArthur.

The 32-year-old's personal duel with Ward-Prowse will be one to keep an eye on at Selhurst Park.

They each contribute at both ends of the pitch and their combative styles should ensure this affair will be played at a frantic pace.

Their respective off-the-ball work is impressive and evenly matched.

In the absence of Hojbjerg, one of the best ball-winners in the division, there is likely to be more of an onus on Ward-Prowse to dictate.

Southampton resumed the latter stages of 2019/20 in far better form than Roy Hodgson’s Palace and this could be a factor on Saturday.

Hasenhuttl’s men improved their points-per-match average by 71 per cent post-lockdown to finish 11th, while Palace struggled and eventually came 14th.

The Eagles’ points-per-match ratio actually dipped by 66.9 per cent, the second-worst downturn across the Premier League.

Ward-Prowse is Southampton's focal point and his ability will be key to his team’s chances of winning their first fixture.