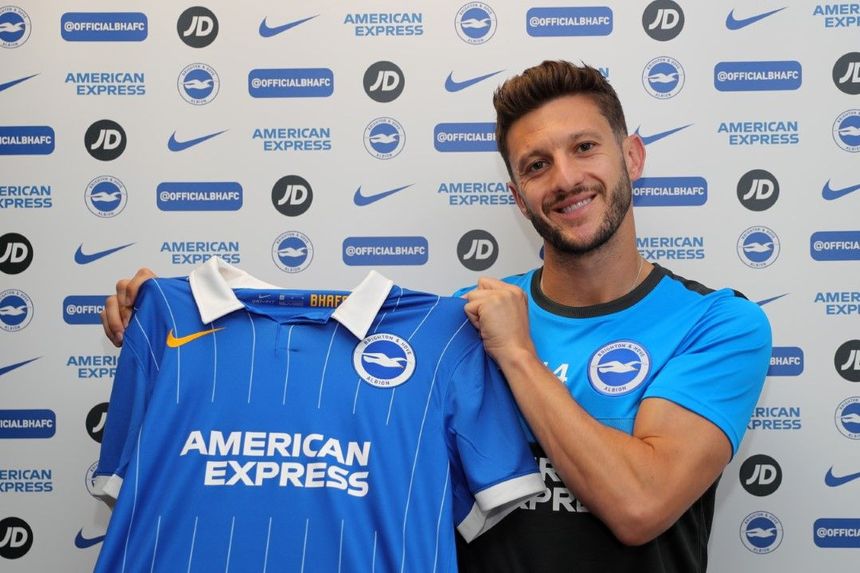 Adam Lallana exclusive: 'I'm honoured to have been a part of Liverpool FC' External Link
'Brighton helped me to rebuild my life'

Brighton & Hove Albion have completed the signing of Premier League champion Adam Lallana on a free transfer after he left Liverpool.

The 32-year-old has agreed a three-year contract to return to the south coast, having started his professional career at Southampton.

He will wear the No 14 shirt for Brighton next season.

😁 The first interview with the new man!

“He has played at the very highest level, for both club and country, and achieved great things," head coach Graham Potter told the club's official website.

“To have both his experience and quality out on the pitch will be a great addition for us and I know he will be an excellent role model for our younger players in the squad."

Lallana made 15 top-flight appearances this season while also playing in both matches as Jurgen Klopp’s side won the FIFA Club World Cup in December.

The midfielder has made a total of 196 Premier League appearances, scoring 30 goals and providing 28 assists.