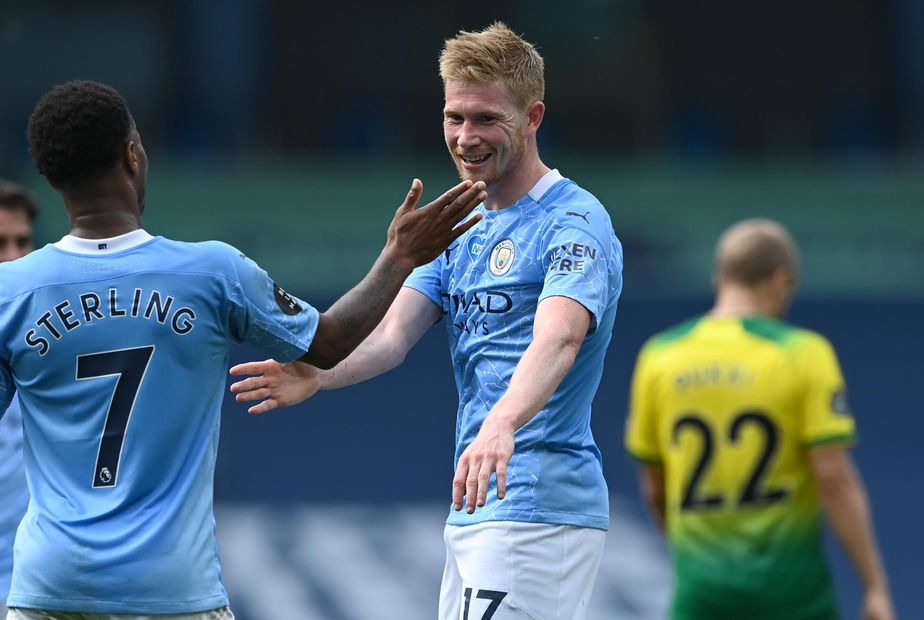 The Manchester City playmaker was the second most-selected captain for Gameweek 38+, handed the armband by more than 903,000 managers.

And the Belgian rewarded their faith with 19 points against the Canaries, taking his tally to 251 for the season.

Team-mate Raheem Sterling (£12.0m) also justified his place among the top-three captains with a goal and eight points on Sunday.

But Mohamed Salah's (£12.5m) backers were left disappointed after he was named on the bench against Newcastle United.

The favourite armband pick for Gameweek 38+ managed only a single point in Liverpool's 3-1 win.

Indeed, 85 of them gave the armband to one of Pep Guardiola's players.

Sterling was the standout candidate, while De Bruyne and David Silva (£7.5m) were also backed.

Sterling and Silva were also among the three most-bought players.

The former had produced four double-figure hauls in his previous six outings, while Silva had 39 points in his last three at Etihad Stadium.

However, the Spaniard suffered a blank in his final domestic match for Man City.

Interest in Harry Kane (£11.0m) was also on the rise after the Tottenham Hotspur striker scored twice in back-to-back matches.

And he continued his run of goals by netting his 18th of the season against Crystal Palace.

Raul Jimenez (£8.0m) and Jamie Vardy (£9.7m) were among the top three most transferred-out players for their matches against Chelsea and Manchester United respectively.

And their sellers were proven correct as both recorded blanks.

His converted penalty against Leicester City took his tally to 71 points in his seven away appearances in 2019/20.

The Portuguese scored or assisted on all of those occasions.