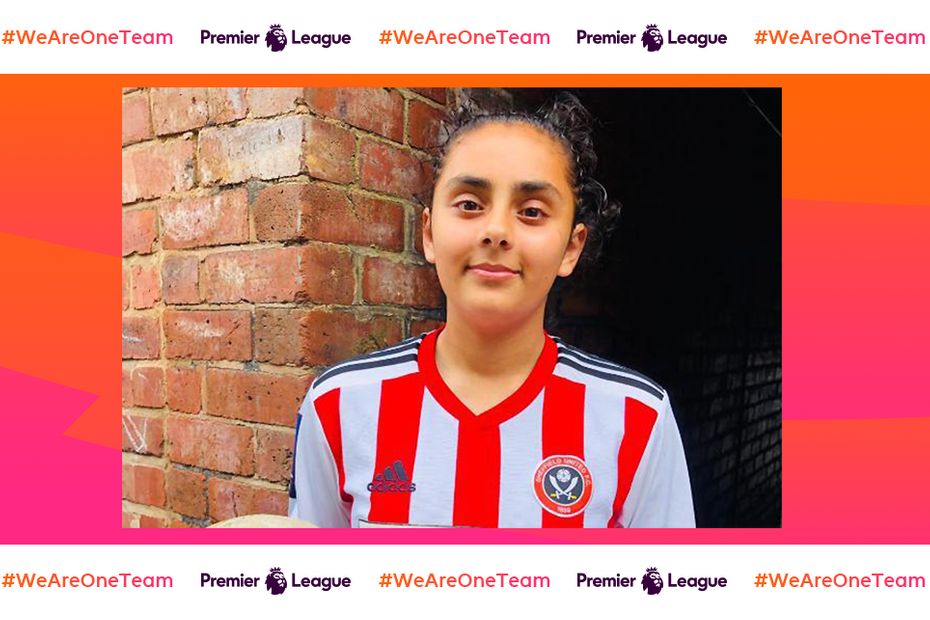 Coronavirus, clubs and community
'Brighton helped me to rebuild my life'
'Wolves showed me there was a reason to be alive'

For as long as she can remember, 17-year-old Nida has wanted to be a professional footballer.

And although her training has been disrupted by the coronavirus pandemic, the Sheffield United Community Foundation have been on hand to keep her motivated to help her realise her dream.

Nida has been playing since she was five, first enjoying school sessions run by the Foundation before joining its Premier League Kicks programme four years ago.

"I have always loved football," she says. "It allows me to express myself.

"The Kicks sessions were all boys but after a while I joined in with them and I just loved it. I've been part of the programme ever since."

Playing in Kicks has not only given Nida an outlet to develop on the pitch. It has also steered her away from negative influences in her local community.

"The local area is deprived. There's lots of drugs and gangs," she says. "Kicks helped me stay away from that because if you want to play football and you want to make it, you can't go down that path.

"Without Kicks, I'd probably be on the roads, hanging around and causing trouble.

"You spend more of your time training and trying to make yourself a better player. It's had a really positive impact on me. It's made me a better person."

The staff at the Community Foundation have also given Nida the support and confidence to pursue her footballing dreams despite there being barriers and challenges at home.

"I come from a background where there's sometimes been a lack of support," Nida says. "It's difficult.

"I wouldn't have people on the sidelines cheering me on and if I wanted to go to any football tournaments, I had to try to find a way there.

"Sheff Utd used to provide transport and there are people that I can talk to. The people at Kicks, they support you. Individual staff call you. I can go to them with any problems that I've got."

That mentoring has not stopped during the pandemic.

Sheffield United have been in regular contact with Nida and the rest of the PL Kicks participants, as well as setting up educational and skills challenges to keep the young people engaged.

And Nida showed how she has progressed by working hard to win one of the skills challenges, claiming a new pair of football boots in the process.

"Winning the prize was crazy," she says. "I was trying to learn that individual skill for a few weeks and when I saw it was the challenge, I thought, 'I have really got to get this now.'

"The period of lockdown has been frustrating but they have given me a focus. I have been working on my football every day.

"Without it I would not be putting so much effort in, just sitting around watching telly. I wouldn't have had that motivation to keep going.

"I want to be a professional to show that I have had my setbacks and barriers, and I want to show people from a BAME background that you can make it if you work hard.

"I want to thank Sheff Utd for inspiring me and motivating me to do better and giving me lots of opportunities that I wouldn't have got without them."