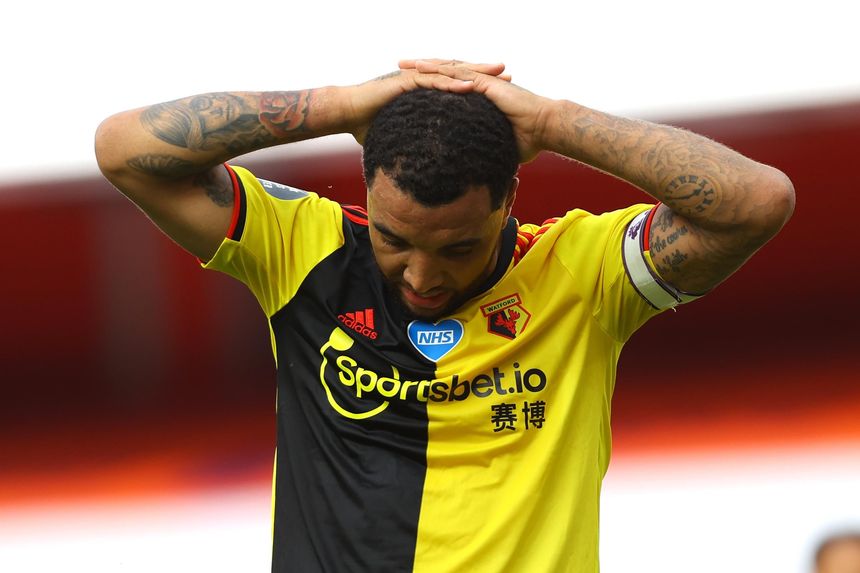 Watford were relegated from the Premier League after losing 3-2 to Arsenal as Pierre-Emerick Aubameyang's brace was not enough in the race for the Golden Boot.

Aubameyang opened the scoring in the fifth minute from the penalty spot after a Video Assistant Referee review of Craig Dawson's foul on Alexandre Lacazette.

Arsenal doubled their advantage on 24 minutes through Kieran Tierney's first goal for the club.

It was 3-0 on 33 minutes, Aubameyang producing an overhead kick into the net.

Watford pulled one back 10 minutes later, Troy Deeney converting a penalty after Danny Welbeck had been fouled by David Luiz.

Welbeck fired in from Ismaila Sarr's cross to make it 3-2 in the 66th minute before Emiliano Martinez denied the former Arsenal forward an equaliser.

Arsenal rise two places to eighth on 56 points, while Watford go down in 19th with 34 points.