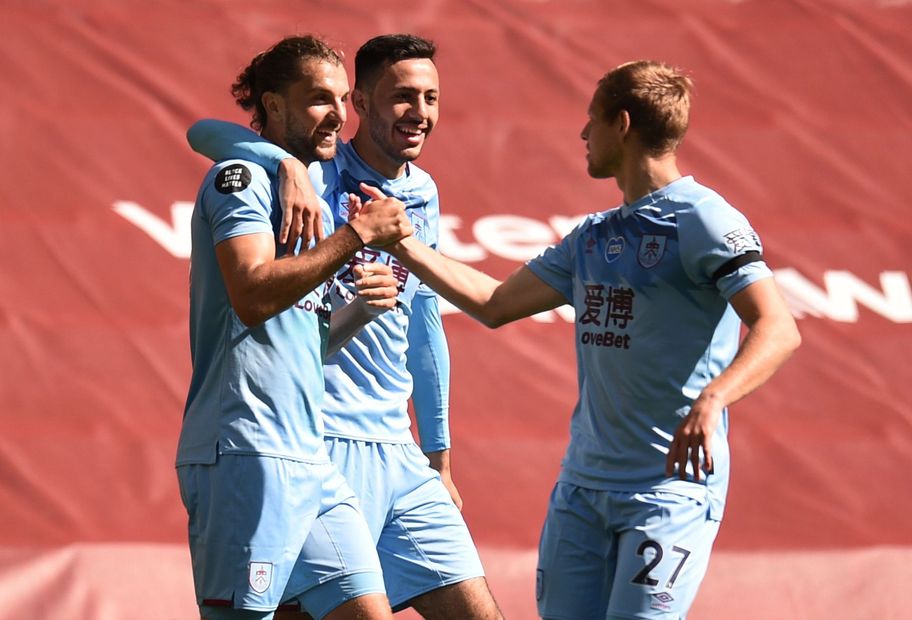 Jay Rodriguez's goal and the heroics of goalkeeper Nick Pope helped Burnley come from behind to earn a 1-1 draw with Liverpool and end the champions' winning run at Anfield.

In first-half stoppage time, Mohamed Salah's touch set up Sadio Mane but his shot was superbly saved by Pope.

Roberto Firmino almost had his first home Premier League goal this season but his strike four minutes into the second half hit the post.

Burnley were level on 69 minutes after Rodriguez brought down James Tarkowski's headed pass, before turning and firing into the bottom left corner.

The Reds move on to 93 points, while Burnley are up to ninth place with 50.