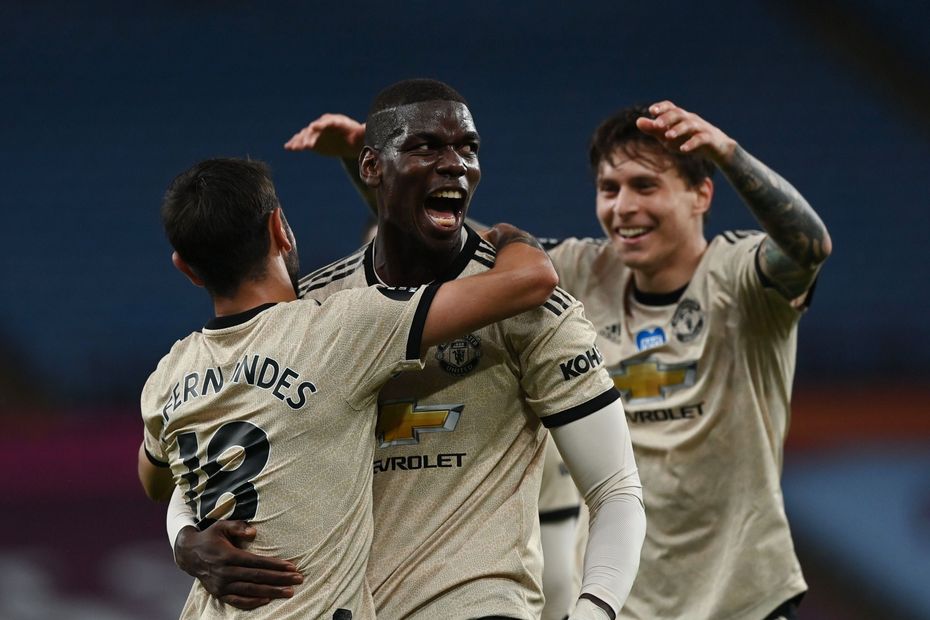 Manchester United secured a fourth straight victory as a 3-0 win at Aston Villa took them to within a point of fourth-placed Leicester City.

But Bruno Fernandes opened the scoring for Man Utd with a penalty on 27 minutes, after he was fouled by Ezri Konsa.

Mason Greenwood doubled the lead with a fierce shot from the edge of the box in first-half stoppage time.

And Paul Pogba made it 3-0 after the break with a low, curling shot after Fernandes teed him with a corner kick.

Man Utd, in fifth position, are the first team in Premier League history to win four successive matches by a three-goal margin.