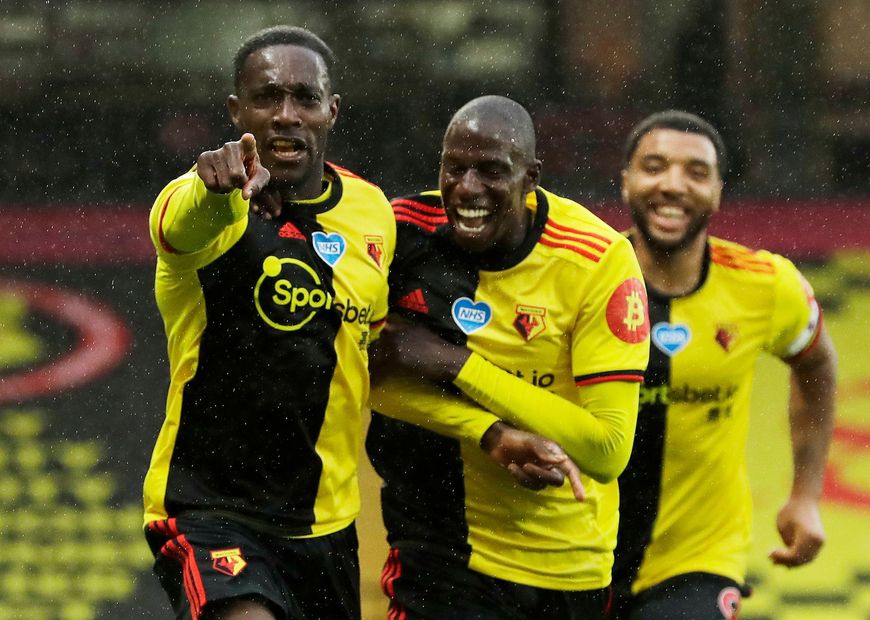 Danny Welbeck scored an acrobatic winner as Watford came from behind to beat Norwich City 2-1, moving four points clear of the relegation zone.

The Hornets suffered a nightmare start against the league's bottom side, falling behind in the fourth minute as Emiliano Buendia cut inside on to his left foot and whipped the ball inside the far post.

But they hit back quickly, with defender Craig Dawson heading home at close range from a set-piece in the 10th minute.

Norwich had a double chance after half-time as Onel Hernandez's shot was blocked and Max Aarons' follow-up was saved.

But Watford scored at the other end moments after that scare, with Ismaila Sarr's cross being deflected to Welbeck, who sent a spectacular bicycle kick into the top-left corner.

Nigel Pearson's side had their hearts in their mouths late on as a sliding Adam Idah connected with a low cross at close range but he put the ball wide.

Norwich remain bottom with 21 points and are now 10 points from safety with four matches left.