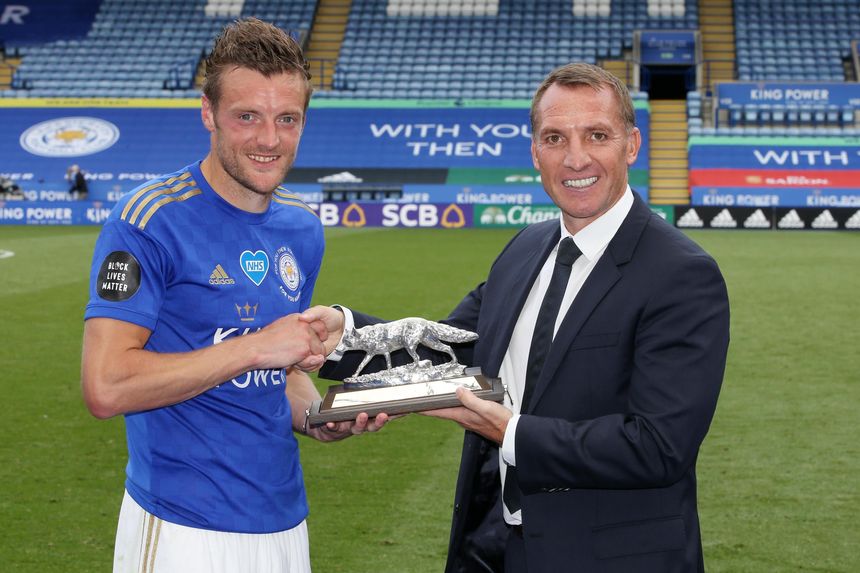 All About Picking Up Points, Says Vardy External Link

Vardy, 33, is the first Foxes player to reach the landmark in the competition and the first to score a century of top-flight goals since Arthur Lochhead in 1933/34.

Of the 29 players to have scored 100 Premier League goals, only Ian Wright, at 28 years and 286 days, made his debut in the competition at an older age than Vardy's 27 years and 232 days.

And at the age of 33 years, five months and 23 days, Vardy became the eighth-oldest man to reach the landmark.

Peter Crouch leads the way in this department, netting his 100th PL goal two days after his 36th birthday, for Stoke City against Everton.

"It's an incredible achievement," Rodgers told LCFC TV. "I've said earlier that to come into the Premier League at that age and now to get over 100 goals, it's a remarkable performance level. There's many more to come from him."

His brace also sent Vardy two goals clear in the race for the Golden Boot, in association with Cadbury.

Vardy now has 21 goals this season, two ahead of Pierre-Emerick Aubameyang.

He is three goals shy of his best Premier League season of 24 goals, which he record in Leicester's title-winning season of 2015/16.