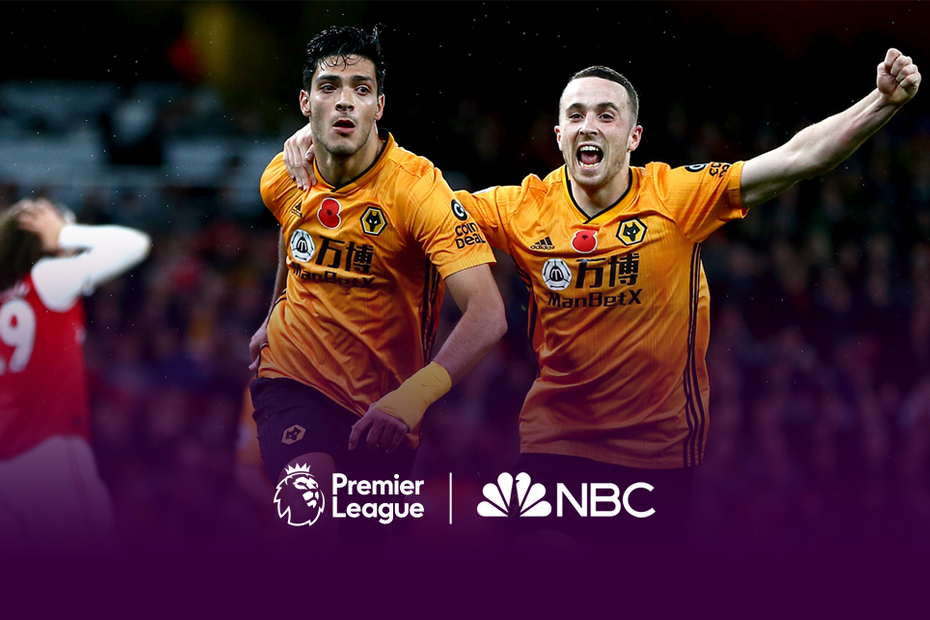 #MyPLSummer keeps plugging along in this Fourth of July weekend with a slate of matches that could be as explosive as the Saturday-night fireworks.

While your grill is heating up at home, settle in for Matchweek 33, which features match-ups between teams fighting for survival, like Norwich vs Brighton, and showdowns between clubs duking it out for European competition, like Wolves vs Arsenal, where Raul Jimenez can add to his goal at Emirates Stadium earlier in the season.

American star Christian Pulisic will also be in action for Chelsea after a slew of top-notch performances since the resumption of the season when the Blues face Watford and Crystal Palace over the week.

Here's how you can watch all the action unfold!

The relegation picture will become even clearer on the Fourth of July in what can be argued as a must-win fixture for Norwich City, who are bottom of the table and seven points from safety.

Brighton & Hove Albion sit six points above the drop zone and will feel their chances for safety can be further solidified with a result at Carrow Road.

With no wins since the resumption of play, Leicester City have dropped into the hotly contested battle for a top-four spot. The Foxes are only one point ahead of Chelsea in fourth and three points clear of Manchester United in fifth. Can they grab three points against Crystal Palace on the Fourth of July?

It's a tale of two motivations when AFC Bournemouth visit Old Trafford on Saturday. The Red Devils are fighting for a UEFA Champions League spot as Chelsea and Leicester dropped points in Matchweek 32, while Eddie Howe's side are fighting for safety. The Cherries are in 19th but only one point behind Aston Villa and Watford above them.

Where to Watch: Stream on Peacock or NBC Sports Gold

Raul Jimenez is on a tear since the resumption of play. The Wolverhampton Wanderers star has netted in two of his last three matches on his way to scoring more goals in a Premier League season than any other Mexican before him. His side will host Arsenal, who bounced back from two losses in June with two straight wins against Sheffield United (in the FA Cup) and Norwich.

Many have argued that Pulisic has been Chelsea's best player since the league returned last month. The American forced his way into the starting line-up, bagged two goals, including the one against Manchester City that clinched the title for Liverpool, and has created a vast number of chances for the Blues. They'll face a Watford side who are only a point above the relegation zone.

It's a mid-table showdown to kick off your Sunday. Sheffield United will be looking for another much-needed three points to get them back in the conversation for European competition next season, while Burnley hope to get a result at home and maintain their top-10 position above the Blades.

After Miguel Almiron capped off another impressive display with a goal in Matchweek 32, Newcastle United will host West Ham United, fresh off a dramatic win in their derby match against Chelsea that boosted their hopes of avoiding relegation.

The champions return to action and they hope to return to winning ways, after their heavy defeat at Man City in midweek. This time, rather than playing the defending champs, they'll face one of the strugglers. Aston Villa are fighting for survival as they sit in 18th place with safety and another Premier League season in their sights.

Where to Watch: Stream on Peacock or NBC Sports Gold

After passing the torch to new champions Liverpool then thrashing them, Man City head to Southampton to face a Saints side who have won two of their three matches since play resumed. City needed a late goal to win the last meeting between these two teams but can the hosts reverse their fortunes this time?

Where to Watch: Watch on NBC or Stream on NBC Sports

A rejuvenated Everton find themselves just behind Spurs in the table. Three points on Monday could put the Toffees in the mix for European competition, so be sure to block off that afternoon to see who gets the spoils.