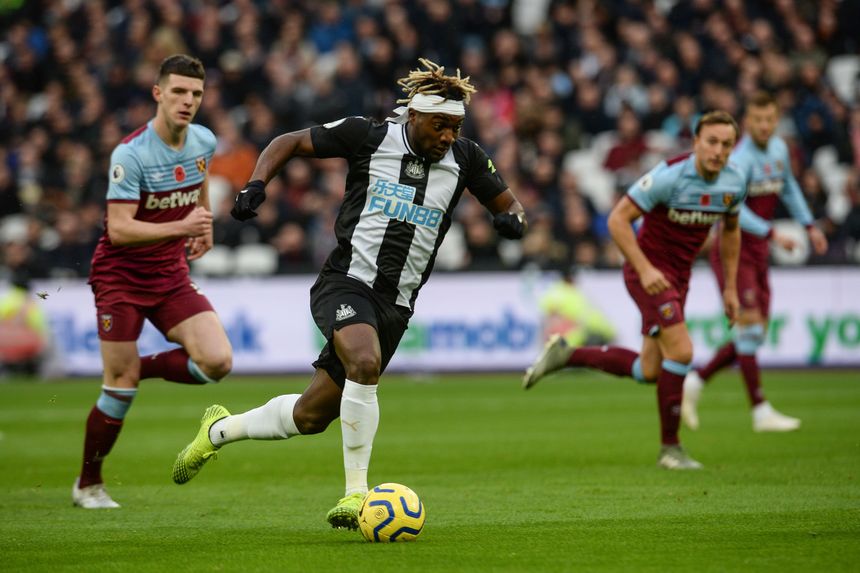 Attack is proving to be the best form of defence for a Newcastle United side whose form and results have picked up dramatically.

After winning 4-1 at AFC Bournemouth on Wednesday, Steve Bruce's men now have seven points from a possible nine since the season resumed.

They are also unbeaten in five Premier League outings.

Their next opponents are West Ham United, themselves buoyed by a fabulous midweek win against Chelsea.

But the Hammers can expect a stern defensive examination from the on-song Magpies at St James’ Park.

Newcastle's improved run of form began in February when Bruce moved away from the back-five shape he inherited from predecessor Rafael Benitez.

Eager to establish more control during matches and spend longer in the opposition half, he now sets the team up in a 4-2-3-1 or 4-4-1-1 formation.

The addition of an extra attacking player has transformed the dynamic of the side, and this was particularly evident in their latest victory.

Talismanic winger Allan Saint-Maximin set up three goals in an incredible 62-minute display against the Cherries.

The 23-year-old’s brilliant mazy run and cutback for Sean Longstaff’s first-half goal was one of the season's most eye-catching assists.

In this new shape, Saint-Maximin, Joelinton, Matt Ritchie and Miguel Almiron have a licence to switch flanks and positions when the team have possession.

This tweak has liberated all of them, but especially Saint-Maximin, and West Ham will be nervous of the Frenchman's ability to take the ball past defenders.

In his last appearance at St James’ Park, he completed 10 successful dribbles, driving down the middle of the pitch.

His skill and direct running could cause problems for a Hammers defence lacking pace in central areas.

Playing on the front foot and pushing rival teams back into their own half, the Magpies are a different proposition creatively.

Bruce’s enterprising new approach has also eased the pressure on his defence.

Newcastle have conceded just two goals in five matches, having averaged 51.8 per cent possession with a back four compared to their season average of 38 per cent.

There is competition for places too.

Right across the midfield and forward line there are players in confident form ahead of West Ham’s visit.

After swapping caution for adventure, Newcastle are enjoying their football again.