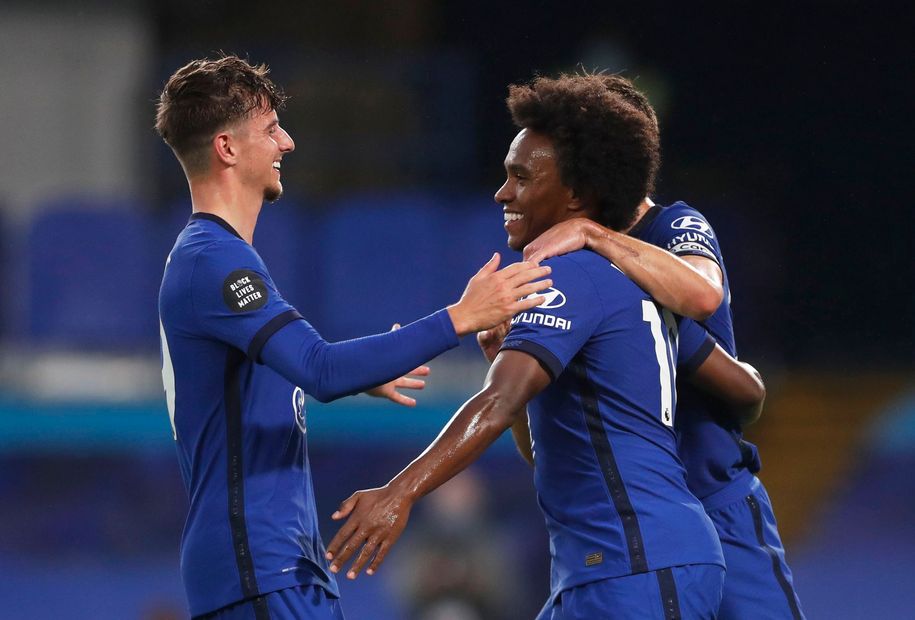 Chelsea moved back above Manchester United and into the top four with a comfortable 3-0 home victory over Watford.

Olivier Giroud turned smartly to sweep Ross Barkley's pass in off a post and break the deadlock on 28 minutes.

Willian doubled their advantage two minutes before the interval, becoming the first Chelsea player to score a penalty in three consecutive Premier League matches, after Christian Pulisic had been brought down by Etienne Capoue.

Substitute Danny Welbeck forced Kepa Arrizabalaga into a smart save as Watford tried to launch a comeback late on, but Ross Barkley completed the scoring in stoppage time.

The result means Chelsea are two points ahead of Manchester United, who had leapfrogged them earlier in the day with a win over AFC Bournemouth.

The Blues are in fourth place with 57 points.

Watford stay 17th, just one point above the relegation zone.