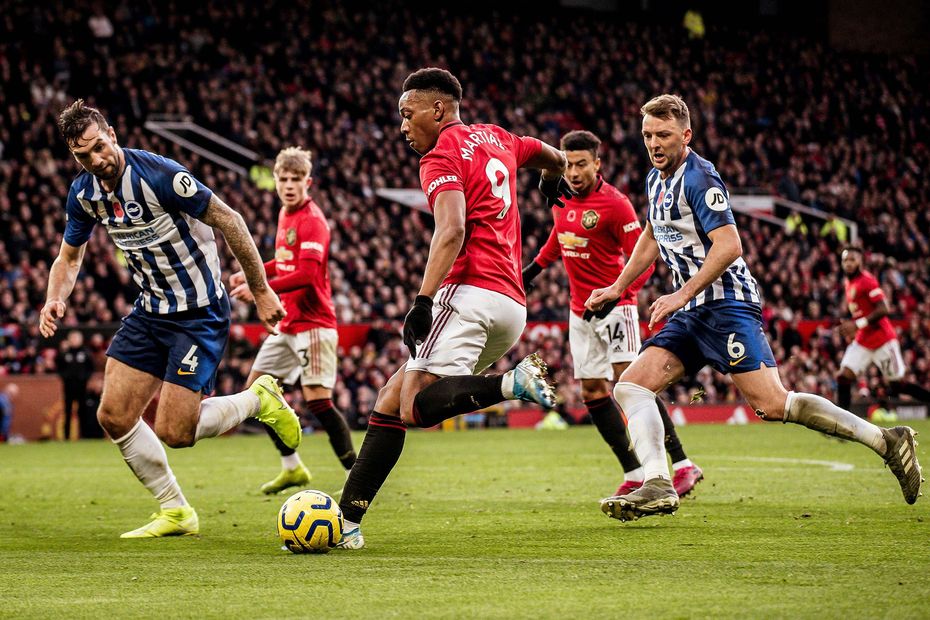 Brighton & Hove Albion will aim to frustrate another top-four contender after holding Leicester City to a goalless draw last time out. A win would take the Seagulls nine points clear of the relegation zone.

A Manchester United victory would take them back above Wolverhampton Wanderers into fifth, two points behind Chelsea.

Graham Potter will be without long-term absentee Jose Izquierdo (knee), while Adam Webster (hamstring) is a doubt, but Tariq Lamptey is available after recovering from a facial injury.

Ole Gunnar Solskjaer has no new injury concerns and is only missing defenders Axel Tuanzebe and Phil Jones.

All five Premier League meetings between these sides have been won by the hosts. It is the most-played PL fixture with the home side winning 100 per cent of the time.

Brighton have kept two clean sheets in their last three Premier League matches, as many as they had in their previous 20 in the competition.

Marcus Rashford has been involved in 15 goals in his last 16 Premier League matches, with 11 goals and four assists, having set up two of Anthony Martial’s three strikes against Sheffield United last time out.

Man Utd are on a seven-match unbeaten run in the Premier League, the joint-longest along with Wolves.