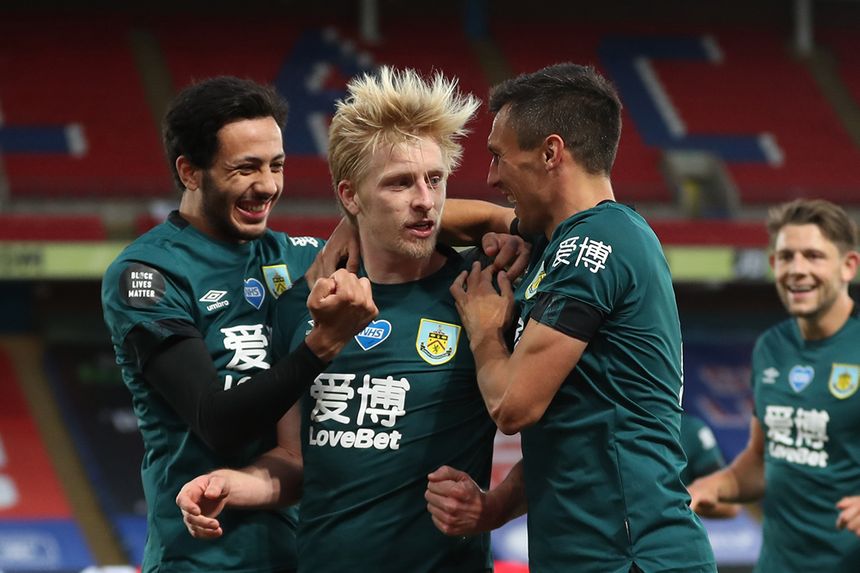 Ben Mee's first Premier League goal since January 2017 moved Burnley up to eighth in the table as they won 1-0 at Crystal Palace.

The Clarets had the better of the first-half chances, with a clearance from Palace centre-back Gary Cahill nearly cannoning in off team-mate Patrick van Aanholt before Dwight McNeil twice went close.

Mee broke the deadlock after 62 minutes, stooping low to head Ashley Westwood's free-kick as Vicente Guaita could only palm it in off a post.

Race for the top eight

Jordan Ayew headed over from close range with 11 minutes remaining as Palace were unable to stop Nick Pope from keeping his 13th clean sheet of the Premier League campaign and moving clear in the Golden Glove race.

Burnley are now above Arsenal and Sheffield United on 45 points, behind seventh-placed Tottenham Hotspur on goal difference.