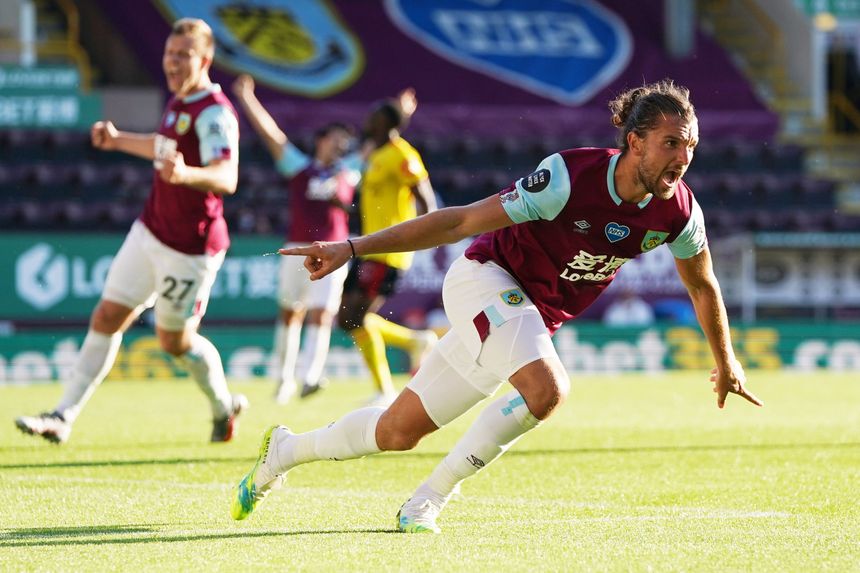 Jay Rodriguez's second-half header secured a 1-0 win for Burnley over Watford to dent the Hornets' hopes of preserving their Premier League status.

After Matej Vydra had hit a post for Burnley, Rodriguez was twice denied by Ben Foster early on before having an effort cleared off the line by Craig Dawson.

Dawson headed over the crossbar down the other end as it remained scoreless at half-time.

The deadlock was broken on 73 minutes, with McNeil crossing for Rodriguez to head low past Foster.

The victory takes Burnley up to 11th with 42 points.

Watford remain 16th on 28 points, one clear of the bottom three.