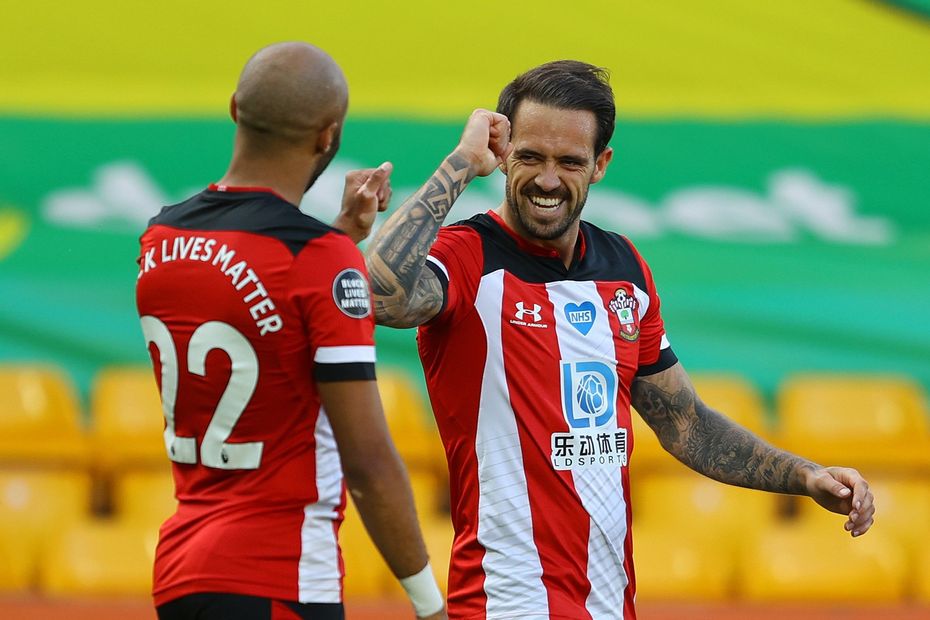 Hasenhüttl: We deserved to win External Link
Budweiser Kings of the Match: Matchweek 30
Inside Matters: Shearer on facing his challenges in football

Danny Ings has quickly picked up where he left off in his most prolific season, scoring one goal and setting up another in Southampton’s 3-0 win at Norwich City.

His performance has earned him a place in Premier League Champion Alan Shearer’s Team of the Week.

And with Ings now just three goals behind Jamie Vardy in the race for the Golden Boot, the competition’s all-time record goalscorer sees the Saints striker as a genuine contender for the honour of being the top scorer in 2019/20.

Do you agree with @alanshearer's Team of the Week? 💫 pic.twitter.com/4fpKmFuRI0

Made two brilliant saves, denying Abdoulaye Doucoure and then coming out on top when Ismaila Sarr got through one v one. A key figure in frustrating Watford for so much of the match.

Had a great match at right-back, playing a big part in the defensive effort as Everton restricted leaders Liverpool to unusually few clear-cut chances.

The centre-back kept Vardy very quiet at one end of the pitch and then produced a moment of magic at the other to equalise at the death. Some strikers would struggle to execute such an exquisite overhead kick.

Dependably solid once again for Crystal Palace. What a brilliant signing he has proved to be on a free transfer.

Looked very sharp and did well to set up the second goal, exchanging passes with Wilfried Zaha before cutting the ball back to Jordan Ayew in a fine team move.

It was great to see a academy product pulling the strings for such a star-studded team against Burnley, and he has now scored three goals in the last week. Is this the start of a prolonged run in the side?

Few players have found Sheffield United easy to play against this season but Hayden bossed the midfield, providing the platform for his side’s impressive victory.

Turned Charlie Taylor inside out to score a sublime goal and then converted his penalty coolly. He also won a spot-kick against Arsenal. What a season he is having.

He was the difference between the sides, offering a constant threat as he ran at the heart of the Blades’ defence time and again. He deserved his goal.

Southampton’s striker has hit the ground running after the break and looks a real contender for the Golden Boot after his latest clinical finish. He is more than just a goalscorer though, as he showed with his assist for Stuart Armstrong.

He changed the match when he came on, setting up the opener and also playing a key role in the build-up to the second goal. As the legs tire in the second half, the defenders must have dreaded seeing Traore coming off the bench.

His well-organised Palace side have won their last four matches without conceding a goal. Having quietly moved level with Spurs, they are firmly in the running for a European place.