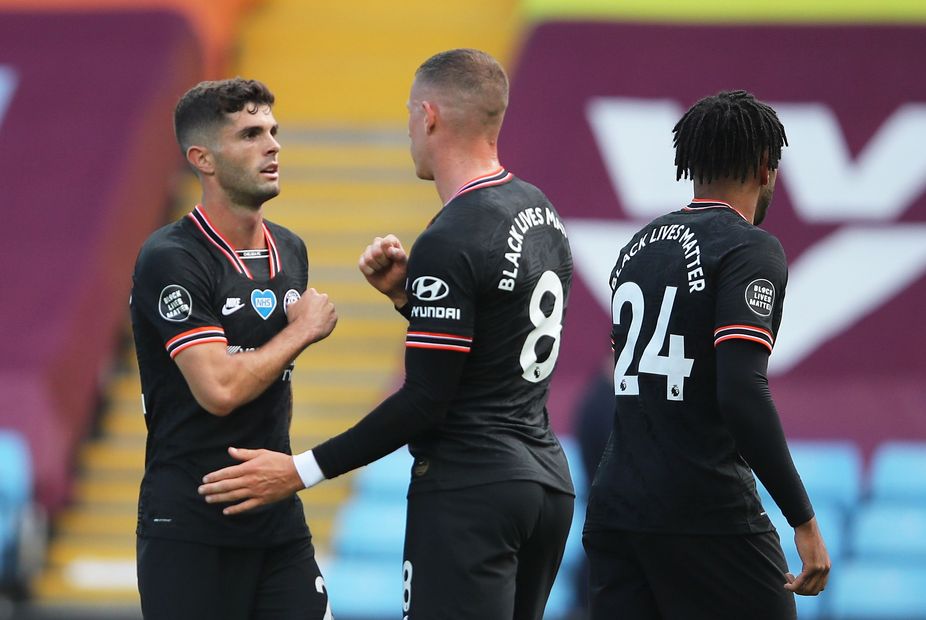 Chelsea scored twice in as many minutes to come from behind and beat Aston Villa 2-1 at Villa Park.

Villa took the lead on 43 minutes against the run of play. Kortney Hause scored from close range, converting a cross by Douglas Luiz at the second attempt.

Chelsea responded after the 55th-minute introduction of Christian Pulisic, as the American swept in Cesar Azpilicueta’s cross to level on the hour mark.

Less than two minutes later, Azpilicueta provided for Olivier Giroud, whose deflected shot turned the match in the visitors’ favour. It was Giroud’s ninth goal in seven matches against Villa.

Jota flashed a low shot wide late on, but Villa could not force an equaliser.

Villa remain 19th on 26 points, one point from safety.