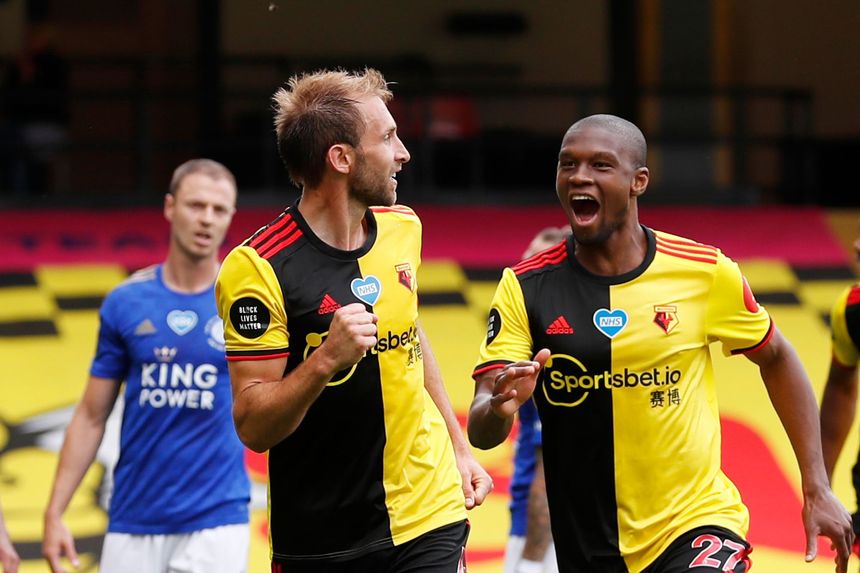 A brilliant late goal by Craig Dawson earned Watford a point as they came from behind to draw 1-1 with Leicester City.

The home side had the best chance of the first half when Abdoulaye Doucoure's shot was kept out by Kasper Schmeichel just before the interval.

Schmeichel was again called into action shortly after the break, brilliantly denying Ismaila Sarr, while at the other end Marc Albrighton struck the woodwork for Leicester.

Ben Chilwell thought he had settled the contest in the 90th minute when his rasping shot left Ben Foster with no chance.

But Watford refused to be beaten, and three minutes later Dawson executed an acrobatic volley for his first Premier League goal for the Hornets.

The result moves Watford out of the relegation zone into 16th place with 28 points.