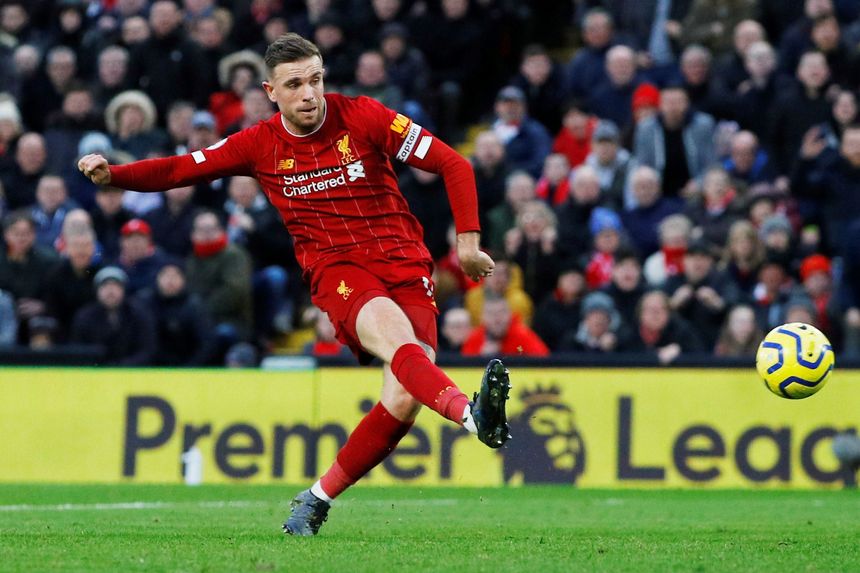 With the title within touching distance, Adrian Clarke expects Reds captain to have a big impact on Sunday's Merseyside derby

Captain Jordan Henderson has been at the heart of Liverpool’s charge towards a first Premier League title.

A motivational driving force both on the pitch and in the dressing-room, the 30-year-old has enjoyed a memorable campaign.

Henderson has been playing further forward in a box-to-box role this term and his attacking qualities have come to the fore.

His three goals and five assists are his best return since Jurgen Klopp took charge in October 2015.

Everton will need to be wary of his influence at Goodison Park on Sunday.

Henderson is most often deployed on the right of Liverpool's three-man midfield and loves to drift wide to combine with Trent Alexander-Arnold and Mohamed Salah.

Those link-ups have given the league leaders a new dimension.

The trio share wonderful chemistry, and Henderson has been able to deliver significantly more crosses this season when moving out to the right.

Liverpool’s adventurous full-backs are the only two Reds players who have provided more open-play crosses in 2019/20.

Henderson has also kept his composure in front of goal. Six of his eight shots have hit the target, and he has scored three times.

This gives him a very impressive chance conversion rate of 37.5 per cent.

Among the midfielders to have scored at least three times in the competition, only Chelsea's penalty specialist Jorginho has a better rate with 50 per cent.

Henderson's 101 accurate deliveries from distance are 48 more than his closest team-mate, Fabinho, and he has produced some memorable assists.

An excellent curled pass against Southampton allowed Salah to score, while his drilled ball at Norwich City fell perfectly for Sadio Mane to find the net.

Earlier in the campaign, Henderson conjured up one of the best passes of the season to assist Alex Oxlade-Chamberlain at AFC Bournemouth.

Everton have been opened up by a series of passes dissecting their backline this season, and it has cost them a number of goals.

If they leave space between their defence and goalkeeper again on Sunday, Liverpool’s captain can exploit those holes with one accurate pass and take his team ever closer to the title.