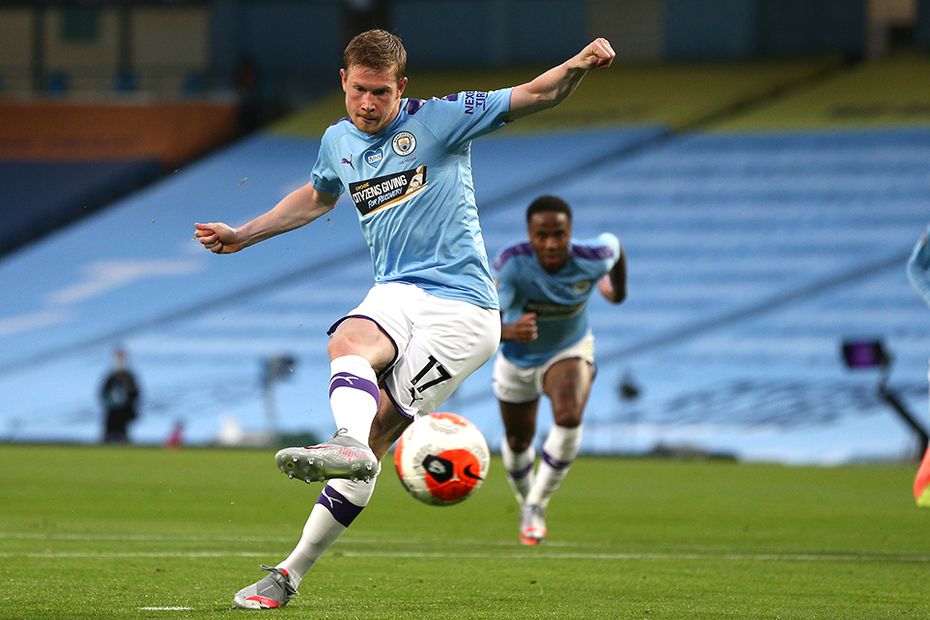 Midfielder scores from the penalty spot as second-placed City resume the season with victory over the Gunners, who have David Luiz sent off

Manchester City emphatically beat 10-man Arsenal 3-0 at the Etihad Stadium in their first match after the COVID-19 outbreak.

Mikel Arteta's team began brightly, despite losing Granit Xhaka to an early injury, but Bernd Leno was the busier goalkeeper as the first half wore on, making several good saves.

And in first-half stoppage time, Raheem Sterling fired in after collecting Kevin De Bruyne's pass, which substitute David Luiz could not intercept.

De Bruyne converted the penalty and Pep Guardiola's side dominated before Phil Foden made it 3-0 in added time, following up after substitute Sergio Aguero's shot had hit a post.

The only concern for Guardiola was a worrying injury to Eric Garcia after an accidental clash with Ederson.