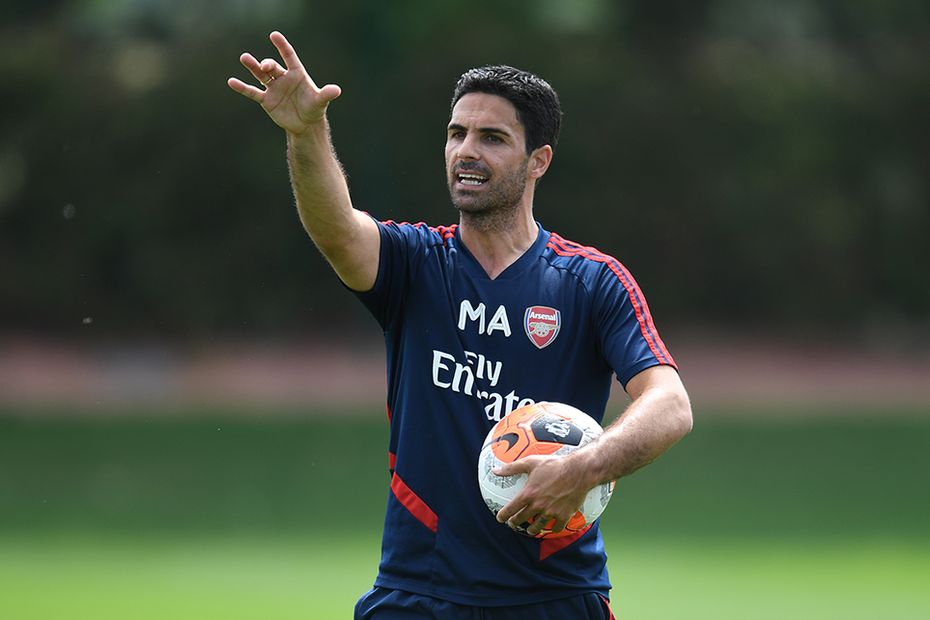 Clubs started to return to small-group training from Tuesday 19 May after it was agreed to introduce Stage One of the Return to Training Protocol.

And on Wednesday 27 May it was unanimously agreed to proceed to Stage Two, allowing contact training.

It marks the latest move towards restarting the Premier League season, when safe to do so.

Here's a look at the latest behind-the-scenes action on the training pitches along with some reaction from players and managers.

How does it feel to be back, KT? 👍 pic.twitter.com/BL00VPP5VB

Goalkeeper Nick Pope was pleased to be back on the grass as Burnley players returned to their Barnfield training centre.

"It was strange to be off and then you kind of got used to being off the longer it went on," Pope told the club's official website.

"Now we’re chomping at the bit to be back in training and looking forward to playing again.

The Eagles sent a drone over their training ground to show what training while maintaining social distancing looks like. Skip to 3.48 of the video below to take a look.

There were also some interestingly angles of drills at Everton's training ground, as players practised their shooting while keeping a safe distance.

Joe Gomez said he and his Liverpool team-mates were itching to get back on the training pitch at Melwood for Stage One of the Return to Training Protocol.

"I think everyone's raring to go and just enjoying the process," Gomez said.

Manager Ole Gunnar Solskjaer was happy to be out in the sun and back at Carrington as Paul Pogba and Marcus Rashford were among the players back on the training pitch.

"We’re back in training which has been great, Solskjaer told the club's official website. "The boys have been fantastic, the weather’s been good and they’ve enjoyed it."

Captain Jamaal Lascelles was delighted to see some familiar faces back at the training ground.

"It's nice to get out and see your team-mates and all of the staff," the 26-year-old said.

"It's going well. It's a safe environment and we're managing to work hard as well."

The Watford players used a mix of training aids, including medicine balls and mini-goals, to get back in the groove.

And at West Ham we can witness manager David Moyes taking a training session and getting involved in the action.