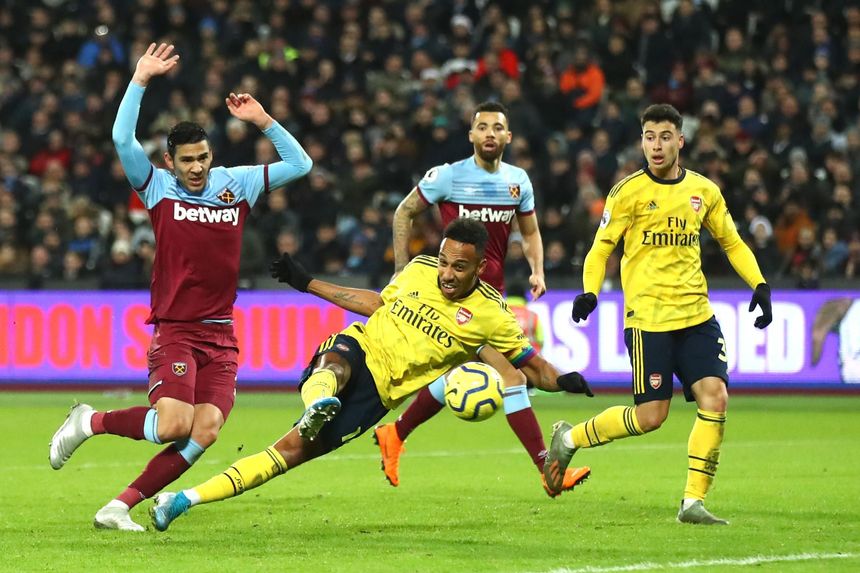 Alan Shearer's team of the season so far: Forwards

Premier League strikers are proving more prolific than ever.

This season we have witnessed a positive upturn in the quality of finishing delivered by the competition’s leading strikers.

At the forefront is Pierre-Emerick Aubameyang.

The Arsenal striker has 17 goals this season at a highly impressive conversion rate of 36.2 per cent.

But he is not the only one who has improved his efficiency in front of goal.

Indeed, all but one of the five leading contenders for this season's Golden Boot boasts a conversion ratio of above 30 per cent.

To put that improvement into context, in 2018/19 Aubameyang was the only member of the top five scorers to eclipse that figure.

The standard set by forwards in front of goal this term has been exceptionally high and their efficiency has also led to less wastefulness in attack.

While Premier League football continues to evolve, it remains remarkably consistent in the number of shots attempted.

The average number of shots has remained between 25 and 30 per match since Opta began recording such statistics in 2003.

But, in the last five campaigns there has been a steady growth in accuracy levels as shown in the table below.

There are two key factors contributing to this pattern.

Firstly, the Premier League boasts more technically gifted footballers than in previous seasons, meaning the quality of finishing is higher than ever.

Secondly, players are showing greater patience inside the final third.

Instead of rushing their shots, they are opting to wait for the right moment to produce a precision finish.

As a consequence fewer shots are being blazed over or wide of the mark.

A Premier League high of 48.1 per cent of shots are hitting the target this season.

This all makes for more entertainment and adds greater importance to the role of Premier League goalkeepers.