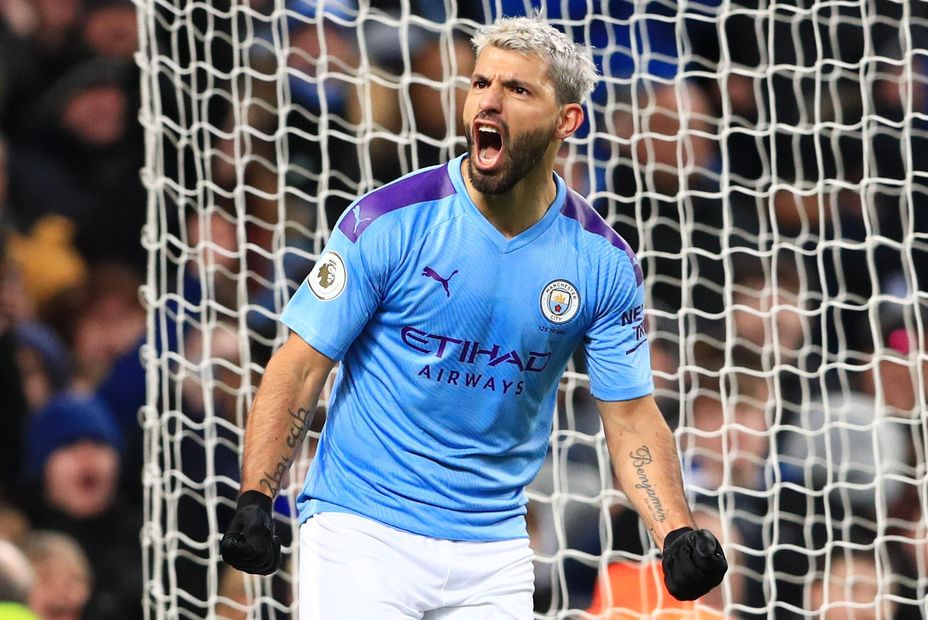 GW30 Captains: Vardy back in contention
The Scout's essential FPL tips for Gameweek 30

A home match against Burnley makes Sergio Aguero (£11.9m) a strong candidate for the captaincy in Gameweek 30 of Fantasy Premier League.

The Manchester City forward has a prolific record against the Clarets, scoring nine goals in his last eight matches against them in all competitions.

At home, Aguero's eight goals and 35 shots in the box are both team-leading totals.

Furthermore, the postponement of Man City's Gameweek 29 match against Arsenal has eased their schedule.

It lessens the chance of rotation ahead of their UEFA Champions League meeting with Real Madrid next week.

Mohamed Salah (£12.7m) and Sadio Mane (£12.4m) will also be among the favourites for Liverpool's visit to Everton on Monday evening.

Salah has scored five goals in the last six Gameweeks, while Mane has netted in three of his last four outings since returning from injury.

Although Salah has bettered Mane by 7.2 points per match to 6.7 this season, it is Mane who has been more reliable on the road.

Mane has scored five away goals to the two of Salah.

There are strong alternatives from both Man City and Liverpool.

The Belgian will be a major captaincy contender if he recovers from a shoulder problem.

And Trent Alexander-Arnold (£7.8m) has been in outstanding away form at both ends of the pitch.

Holly Shand (@FFCommunity_): I've currently got the armband on Salah. But if I end up reversing the move I made on my Wildcard, and decide to put Mane back in, he could get the captaincy.

Sam Bonfield (@FPLFamily): I'm finding this week's decision difficult. After my disappointment with Pierre-Emerick Aubameyang (£11.1m) in Gameweek 29, I need a return from my captain. With Liverpool's exit from the UEFA Champions League I'm expecting them to bounce back on Monday night, so I'll probably captain Salah.

Lee Bonfield (@FPL Family): Other than Aston Villa, Tottenham Hotspur's underlying defensive stats are the worst in the league right now so coming up against an in-form Manchester United side, galvanised by the quality of Bruno Fernandes (£8.5m), will be a tough ask. Bruno's an all-round FPL asset, taking free-kicks and penalties while offering creativity and a shoot-on-sight attitude, everything we like to see from our captains. He gets the armband for me.

Ben Crabtree (@FC_CrabDogg): I think I'll look at Man City and wait for their team news. I'm losing faith in an Aguero haul but may give him one more chance.

Neal Thurman (@nealjthurman): We're at the time of the season when there is even bigger value in taking some risks. While most people are going to be in on Salah and De Bruyne, I like the idea of Fernandes against Spurs' crumbling defence and could even be talked into captaining Willian (£6.9m) or Mason Mount (£6.1m) against Villa.

Geoff Dance (@GeoffreyDance): I plan to captain Mane over Salah, who has only two away goals this season. Mane has matched or beaten Salah in every Gameweek since he came back from injury.

Ben McNair (@drbenmcnair): For me it's either Salah or De Bruyne. Everton’s defence made Willian and Pedro (£6.8m) look quick last week, so Mane and Salah could profit. If De Bruyne is declared fit for a starting place, he looks a great option as City always create so many chances.