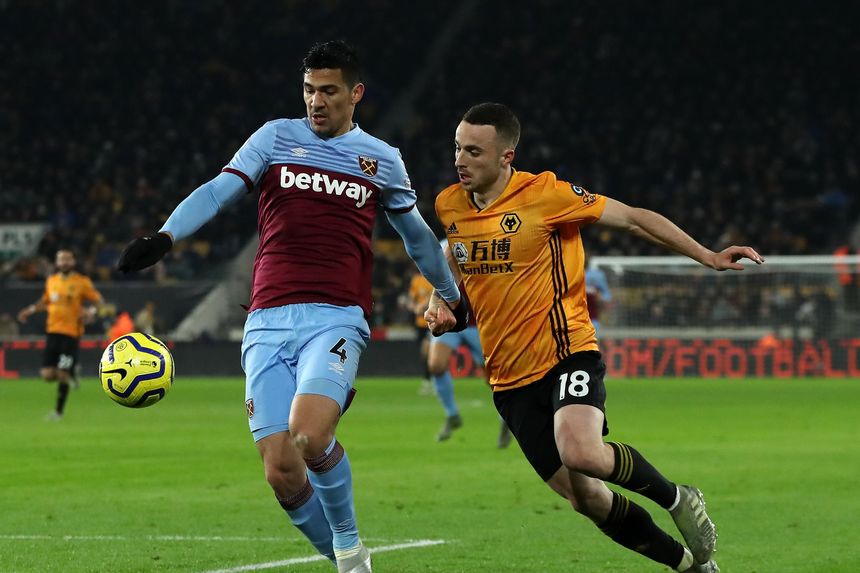 Seventh-place Wolverhampton Wanderers aim to make it six matches without defeat, as they target a top-four finish.

Tomas Soucek is available for West Ham having extended his loan deal from Slavia Prague to cover the rest of the 2019/20 season.

Michail Antonio has failed to score in 516 minutes played against Wolves. Only versus Arsenal, with 542 minutes, has he played longer without finding the net.

Wolves are unbeaten in their last nine Premier League encounters in London, winning four and drawing five. They have not lost in the capital in the top flight since a 5-0 defeat at Fulham in March 2012.

Diogo Jota has been directly involved in four goals in his last three Premier League appearances, scoring three and assisting one.