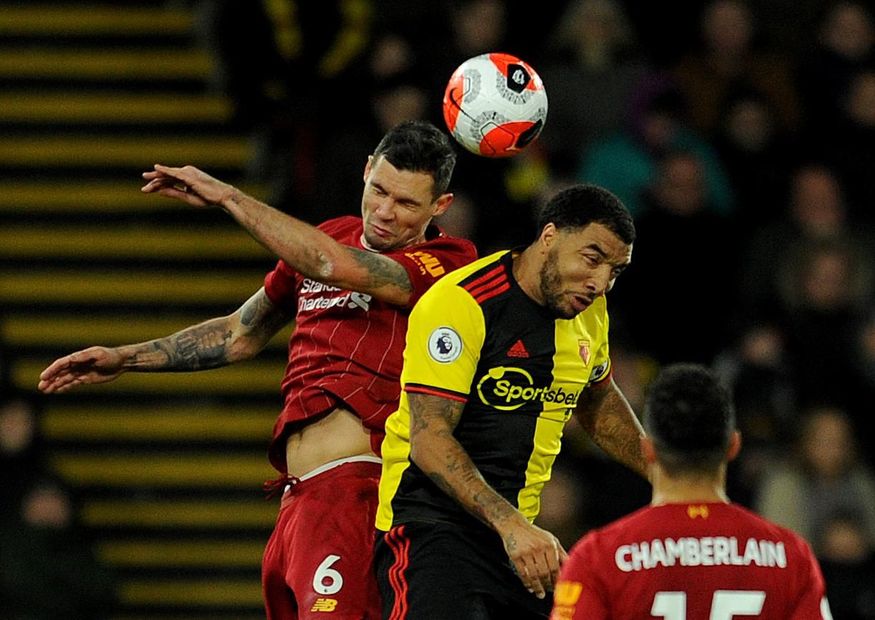 Getting the better of Virgil van Dijk and the Liverpool defence is one of the toughest tests a Premier League striker can face.

But, in Matchweek 28, Troy Deeney and Ismaila Sarr rose to it successfully, inspiring Watford to a 3-0 win that ended the leaders' 44-match unbeaten run.

Sarr and Deeney were among five Watford players named in Shearer's Matchweek 28 Team of the Week.

Agree with @alanshearer's Team of the Week❓

The defender produced a fine assist for Joshua King in a positive performance against Chelsea.

A rock at the back again, Cahill has been a brilliant free transfer and integral to Palace's defensive solidity this season.

Cathcart didn't give the big three of Sadio Mane, Roberto Firmino and Mohamed Salah a sniff. A truly outstanding display.

Another two goals, making it three in his last two league appearances, to get his team an all-important point in the top-four race.

The Frenchman bossed the middle of the park, playing a key role in stifling the leaders.

The 24-year-old was too good for Liverpool on the day. His creativity paved the way for three great goals.

Marked his first Premier League start for the club with a goal that was thoroughly deserved. His tireless pressing and tenacity up front made for a tough time for Southampton.

Haller scored a hugely important goal and produced a much-improved all-round performance compared with recent showings. Perhaps a sign of things to come.

This hasn't been said much this season about any striker but he bullied Liverpool's centre-back pairing, Virgil van Dijk and Dejan Lovren, and got the goal his efforts merited.

Wow, what a win. His Watford team deservedly ended Liverpool's 44-match unbeaten run and the head coach's tactical set-up was perfect. It also took the Hornets out of the relegation zone and on this form they should steer clear of the bottom three.