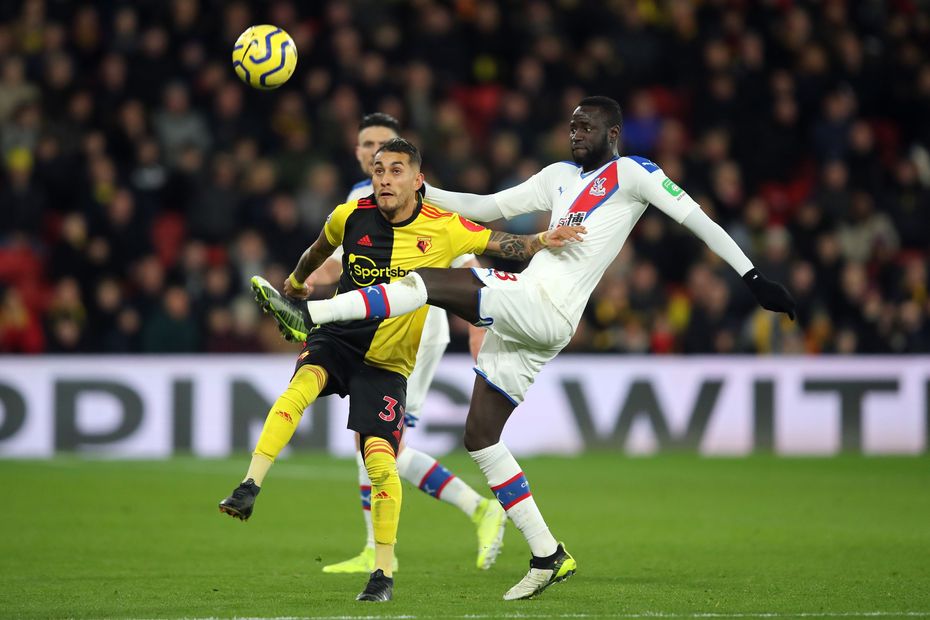 Crystal Palace are aiming for a third successive win, having triumphed 1-0 in their last two fixtures, and can climb into the top half.

Watford will hope to build on their impressive 3-0 win over Liverpool and move away from the relegation zone.

Jeffrey Schlupp and Mamadou Sakho returned to full training this week, with James Tomkins set to step up his rehabilitation on Monday.

There has not been a draw in any of the four Premier League meetings between these sides at Selhurst Park. Both teams have won two matches each.

Jordan Ayew's seven Premier League goals have been worth 12 points to Palace this season. Only Andy Johnson's strikes in 2004/05 have been worth more to the Eagles in a single campaign, earning 15 points.

Troy Deeney has been directly involved in eight goals in his last 11 Premier League matches, scoring six and creating two more. He has a chance to score in consecutive league matches for the first time since March 2018.

Watford are unbeaten in five matches against Crystal Palace in all competitions, winning three and drawing two, since a 2-1 defeat at Selhurst Park in December 2017.