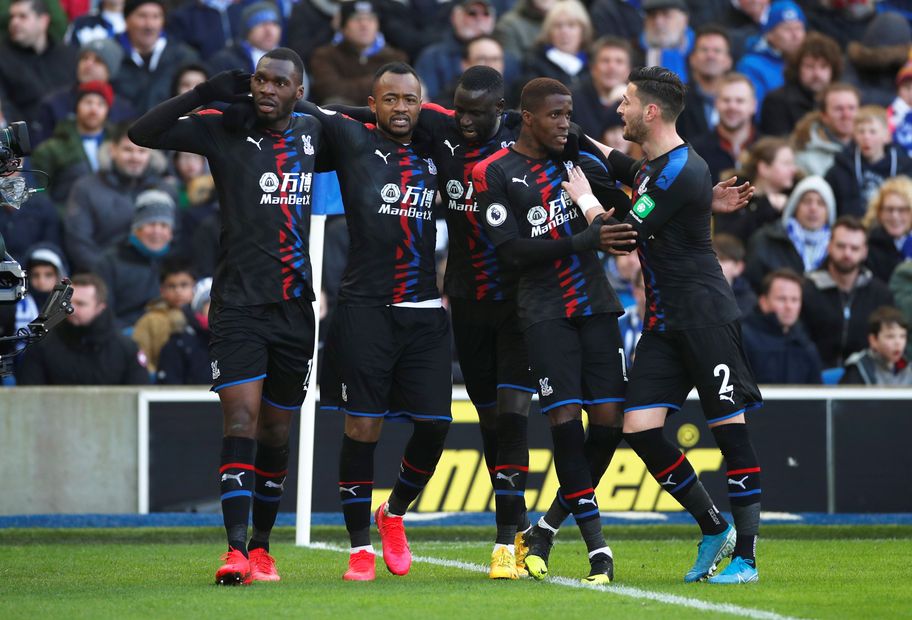 Solly March dragged a shot wide while, at the other end, Gary Cahill's header bounced into the ground and over the bar in a first half of few chances.

After the break Brighton striker Neal Maupay fired straight at Vicente Guaita, who made eight saves in total, before Christian Benteke headed wide for Palace.

Ayew broke the deadlock for the Eagles after 70 minutes, latching on to Benteke's clever reverse pass before finishing underneath Mat Ryan for his seventh league goal of the season.

Wilfried Zaha nearly doubled the lead in stoppage time but hit the post from a tight angle with the goal unguarded.

Palace's second successive 1-0 victory takes them up to 12th with 36 points, eight clear of Brighton in 15th.