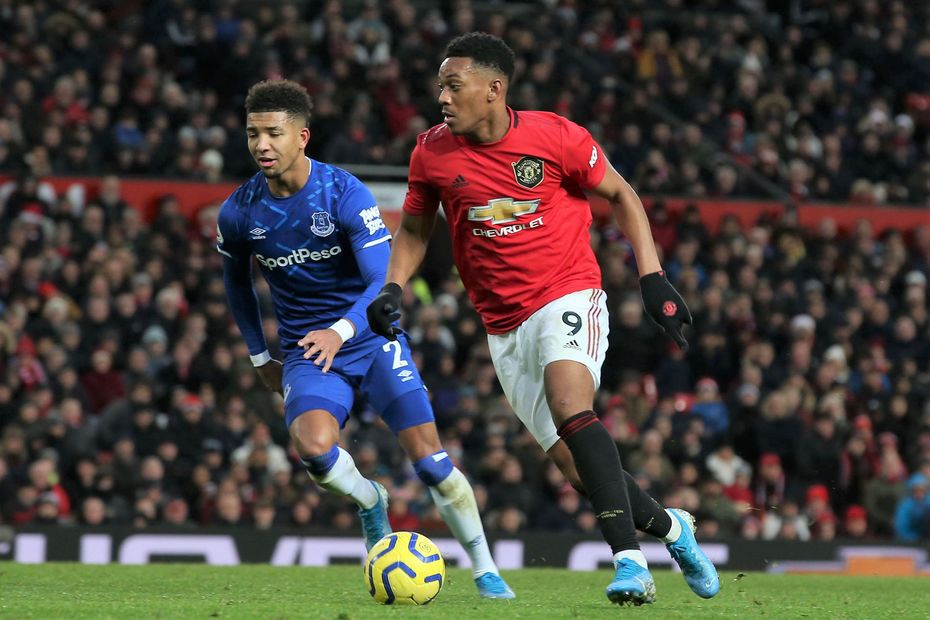 Team news: Will Martial be fit for the Everton trip? External Link

Everton are looking to bounce back after suffering their first loss in six matches at Arsenal last time out. A win would take them two points behind Manchester United.

Ole Gunnar Solskjaer's Red Devils are targeting a third successive victory and clean sheet, a feat they have not achieved since January 2018.

Everton have Theo Walcott (knee) available for Sunday's contest but will continue to monitor Lucas Digne (calf) before making a decision on the left-back.

Manager Carlo Ancelotti has hinted that Andre Gomes could make his first start for the Toffees only 112 days after fracturing his ankle against Tottenham Hotspur.

Anthony Martial is a doubt for Man Utd and will undergo a scan to establish the extent of a thigh injury sustained in training.

Everton have won four of their last seven Premier League home matches against Man Utd, including a 4-0 victory last season.

Dominic Calvert-Lewin has scored 12 Premier League goals this season. The last English player to score more in a campaign for Everton was Paul Rideout, who netted 14 times in 1994/95.

Man Utd have won just one of their last 13 Premier League matches played on the first day of a month, with that victory coming at Everton on New Year’s Day in 2018.

Since his debut, Bruno Fernandes has had more shots (10), provided more assists (two) and created more chances (seven) than any other Man Utd player in the Premier League.