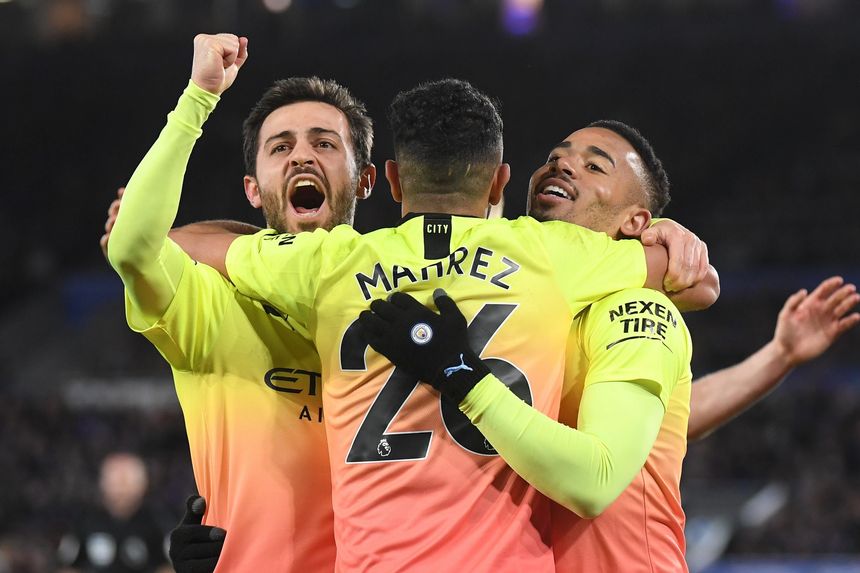 Substitute Gabriel Jesus struck with 10 minutes remaining to give Manchester City a 1-0 victory at Leicester City.

Leicester's Jamie Vardy came close to scoring on eight minutes but, when through on goal, his shot hit a post.

Kevin De Bruyne forced a smart save from Kasper Schmeichel shortly after the break before Man City were awarded a penalty on the hour, when Dennis Praet deflected Ilkay Gundogan's shot with his arm.

Sergio Aguero saw his spot-kick saved by Schmeichel, the fourth penalty a City player has missed this season.

Pep Guardiola's side eventually made the breakthrough when Jesus, just on for Aguero, latched on to a pass from the marauding Riyad Mahrez to score.