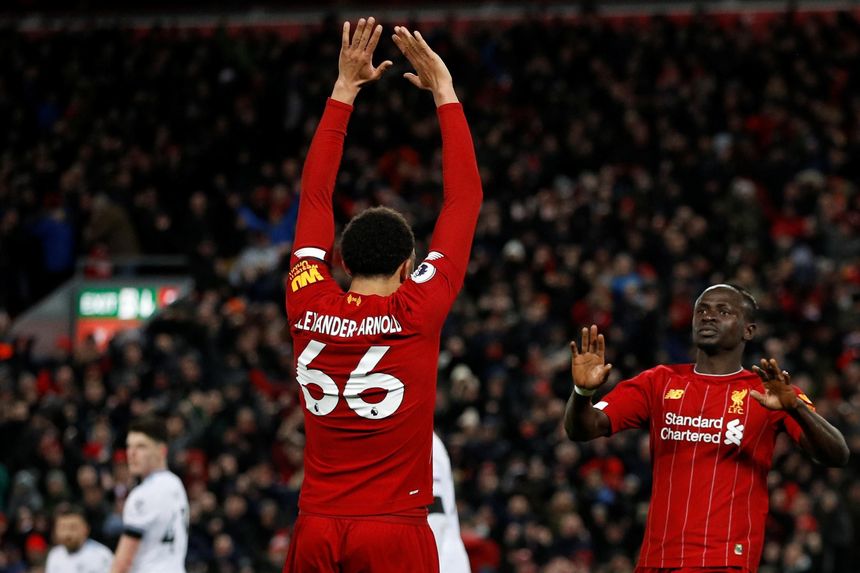 Salah levelled 14 minutes later, with his low shot going through the hands and legs of Lukasz Fabianski, before Mane tapped in with nine minutes remaining to turn the match around.

A 21st successive home win ties the record in the top flight, set by Liverpool's 1972 side managed by Bill Shankly.

The Reds are 22 points clear of second-placed Man City, while West Ham remain 18th with 24 points, one adrift of safety.