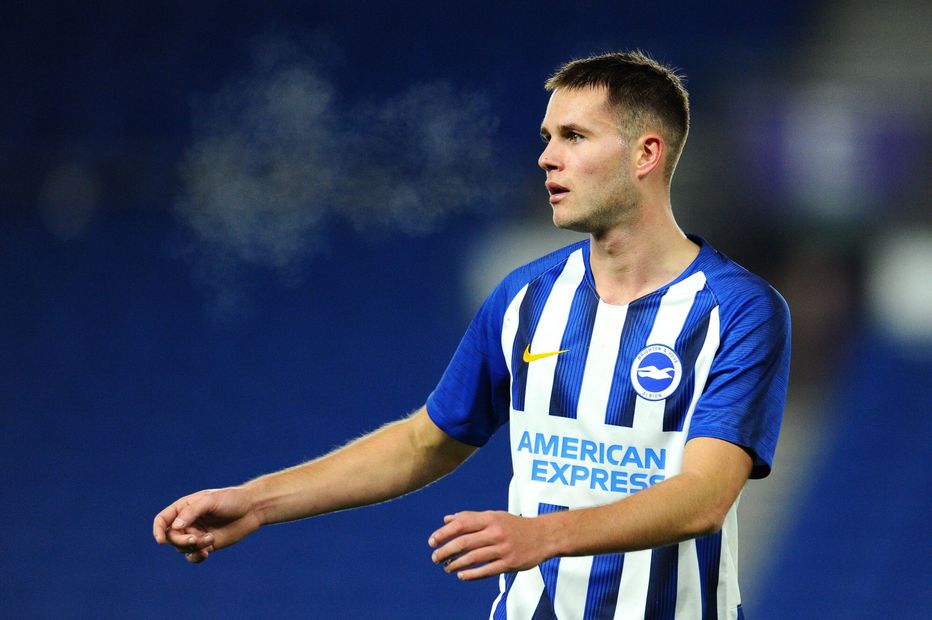 Seagulls captain Teddy Jenks (pictured) scored his second goal of the season to make the score 1-0 on 24 minutes but Man City responded before the break through Felix Nmecha.

The decisive moment came on 66 minutes, as Romaric Yapi's cross went in off Ogbeta and beyond goalkeeper Gavin Bazunu.