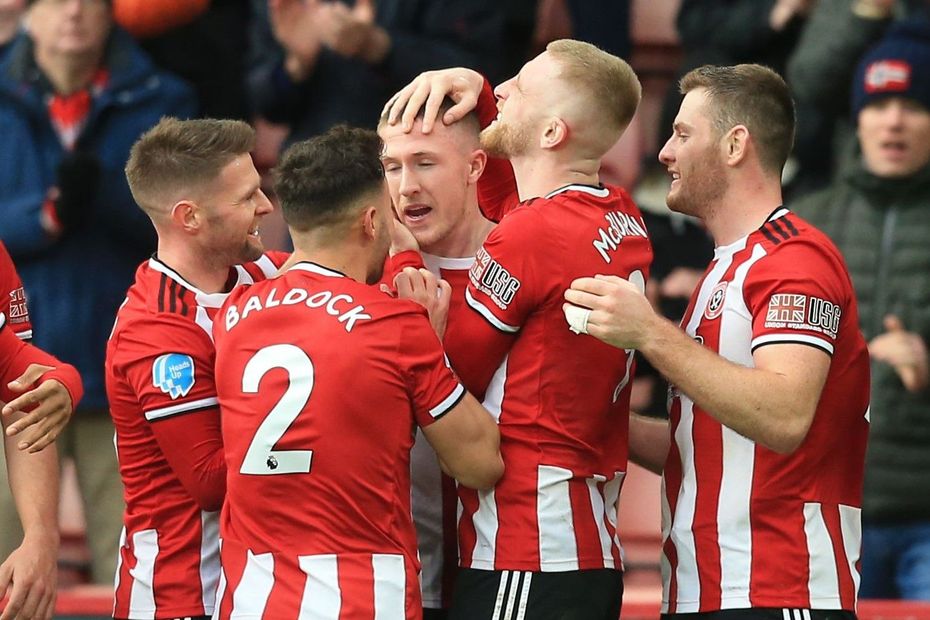 Substitute John Lundstram struck late on to earn Sheffield United a 2-1 comeback victory over AFC Bournemouth which moved them up to fifth in the table.

AFC Bournemouth took the lead after 13 minutes, Callum Wilson firing left-footed into the roof of the net from eight yards out after Harry Wilson's effort had been blocked.

Oliver McBurnie was twice denied by Aaron Ramsdale before Billy Sharp equalised in first-half stoppage-time, tapping in after John Egan's shot had been blocked.

Ryan Fraser was denied by a good save from Dean Henderson before Lundstram provided the decisive moment with six minutes remaining, slotting low past Ramsdale from fellow substitute Lys Mousset's pass.

Chris Wilder's side are only two points behind fourth-placed Chelsea having played a match more.