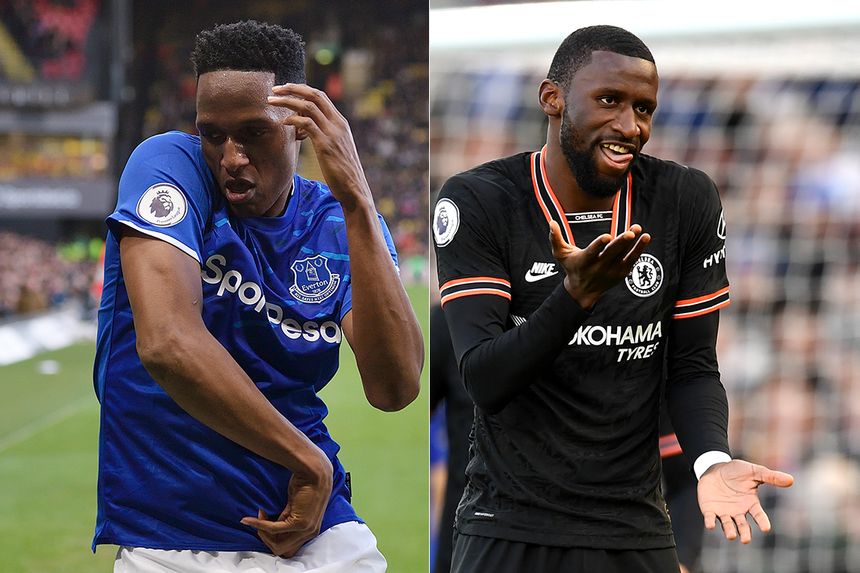 Gameweek 25 was a tough one for strikers, with only two forwards in Fantasy Premier League finding the net at the weekend.

But it was a profitable one for centre-backs.

Everton's Yerry Mina (£5.3m) and Chelsea's Antonio Rudiger (£6.0m) both struck twice for their sides, while Nathan Ake (£4.8m) was also on target for AFC Bournemouth.

The trio earned their places in a Dream Team that scored 142 points in a 4-5-1 formation, with defenders heavily outnumbering the lone striker.

The Tottenham Hotspur goalkeeper stopped five shots, including a crucial first-half penalty save from Ilkay Gundogan (£5.2m), to help earn Spurs a 2-0 win.

The Chelsea centre-back recorded his first attacking returns of the season in the 2-2 draw at Leicester City. Rudiger scored both the Blues’ goals to earn his 2019/20 Dream Team debut.

His total of 20 headed shots is seven more than any other defender in FPL this term. Mina has produced 25 points in his five starts since Carlo Ancelotti was appointed in Gameweek 19.

The centre-back scored AFC Bournemouth’s second goal in a 2-1 home win over Aston Villa. Ake picked up a bonus point as the Cherries earned back-to-back victories for the first time since Gameweek 6.

The West Ham United midfielder proved an excellent differential at home against Brighton & Hove Albion. Snodgrass, who is owned by just 1.1 per cent of managers, scored two goals and provided an assist.

His two goals against Southampton rewarded the 1.9million managers who handed Liverpool’s Egyptian the Gameweek 25 captaincy. Salah is now the top-scoring player in FPL after delivering five double-figure hauls in his last 10 appearances.

Liverpool’s captain has stepped up his output in recent matches. Henderson has produced a goal, an assist and 13 points in two of their last three fixtures.

The Cherries midfielder turned in a strong all-round display against Villa. Billing scored his first goal of the season and also made seven successful tackles.

The 21-year-old is the third most-sold midfielder in FPL since the start of the season, being moved on by over 2.9million managers. But Mount rewarded his remaining 15 per cent ownership with two assists and two bonus points in the draw at Leicester.

Liverpool’s Brazilian supplied three assists in the 4-0 win over Southampton, his first returns at home since Gameweek 15. Firmino is already the most-bought forward ahead of Gameweek 26, earning over 60,000 new owners ahead of the Reds’ visit to Norwich.