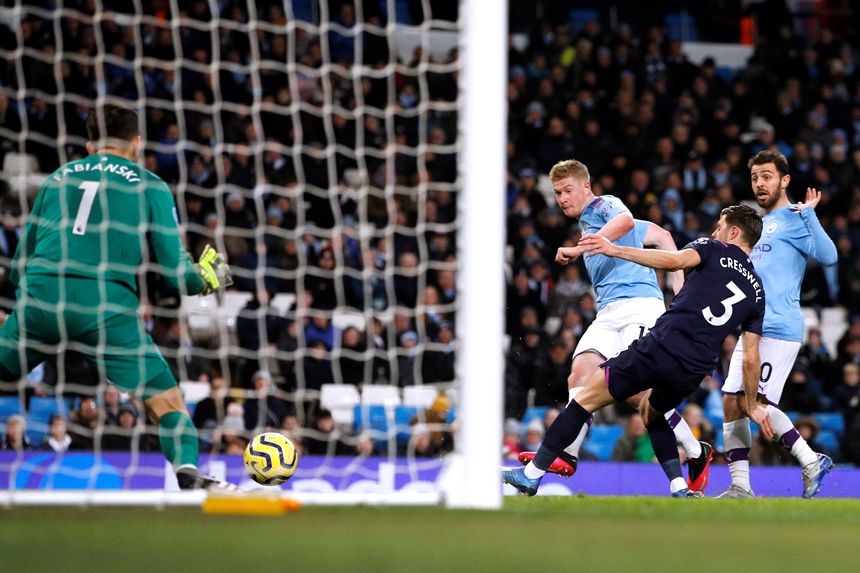 Kevin De Bruyne scored one goal and set up another as Manchester City earned a 2-0 home victory over West Ham United.

After dominating the early exchanges, Man City took the lead in the 30th minute when Rodri headed in at the near post from De Bruyne's corner.

The Belgian doubled City's advantage on 62 minutes, exchanging passes with Bernardo Silva before firing a low shot past Lukasz Fabianski.

Gabriel Jesus was denied at point-black range by Fabianski as Pep Guardiola's side, who enjoyed nearly 80 per cent of possession, eased to victory.