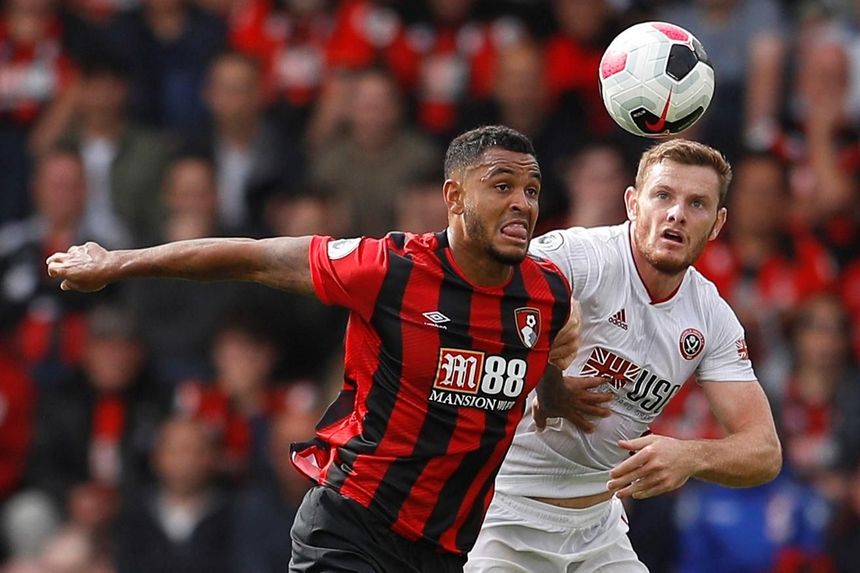 Team news: Pair could be back for Blades clash External Link

Sheffield United and AFC Bournemouth meet for just the second time in the Premier League, with their first encounter ending 1-1 on the opening weekend of the season.

A second consecutive victory would take Chris Wilder's Blades into fifth place while the Cherries are targeting a third successive win.

Chris Wilder has declared that "everyone is fit and raring to go" for Sheffield United following their win at Crystal Palace last time out.

Joshua King and Jack Stacey (both hamstring) could both return for AFC Bournemouth but Jefferson Lerma serves a one-match ban.

If Sheffield United win they will have 39 points, one more than they earned in the whole of their last Premier League season in 2006/07.

The Blades have lost only seven of their 25 Premier League matches this season, the fewest by a promoted side at this stage since Fulham's six losses in 2001/02.

Having won just two out of 17 Premier League matches between 28 September and 18 January, AFC Bournemouth can now secure a third straight victory within the same season for the first time since March 2016.

Harry Wilson has scored five of AFC Bournemouth's 10 PL away goals this season. Only Pierre-Emerick Aubameyang and Teemu Pukki, with 64 and 67 per cent respectively, have netted a high share of their teams' goals on the road.