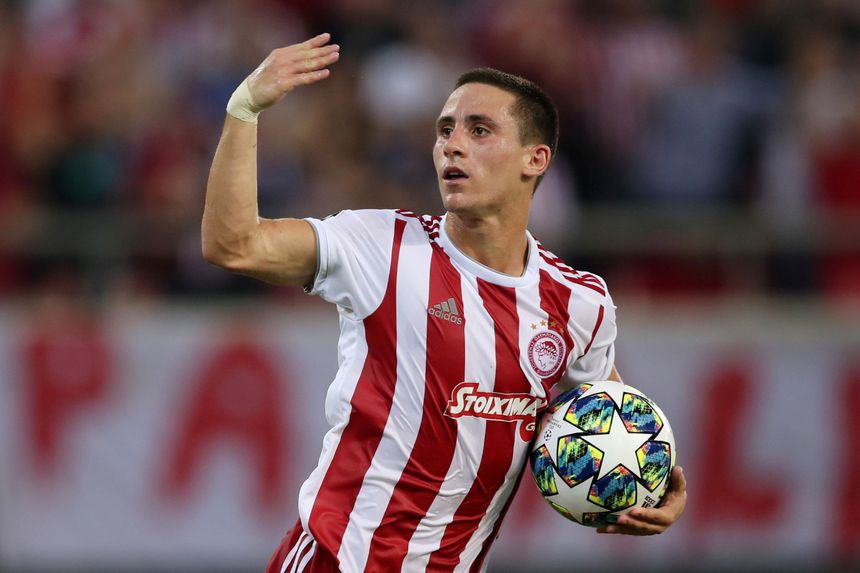 Wolverhampton Wanderers have announced the signing of Daniel Podence from Greek side Olympiacos.

The 24-year-old winger has agreed terms on a four-and-a-half-year deal, subject to international clearance, after signing for an undisclosed fee.

"I'm very excited," Podence told Wolves' official website. "It was always a childhood dream of mine to play in the Premier League and I look at this achievement as a dream come true.

"Wolves are a team with a big project, with ambitious goals to look forward to, where I'll get to meet former teammates with whom I had the pleasure to play with in the past and I hope to be very successful here."

"Of course, I spoke with Rui, but I also know Neves, Jota and Moutinho very well. I think that's going to be a big help for me."

Daniel Podence on joining up with old friends at Molineux!

The Portuguese, who began his career at Sporting Lisbon, has impressed for the Greek Super League club he joined in 2018.

This season he has registered five goals and five assists in 27 appearances, finding the net in a 2-2 draw with Tottenham Hotspur in the UEFA Champions League.

Podence is Wolves' second senior signing of the January transfer window after Leonardo Campana, who completed a move to Molineux last week.

He could make his Premier League debut on Saturday, when Nuno Espirito Santo's side visit Manchester United in the 17:30 GMT kick-off.