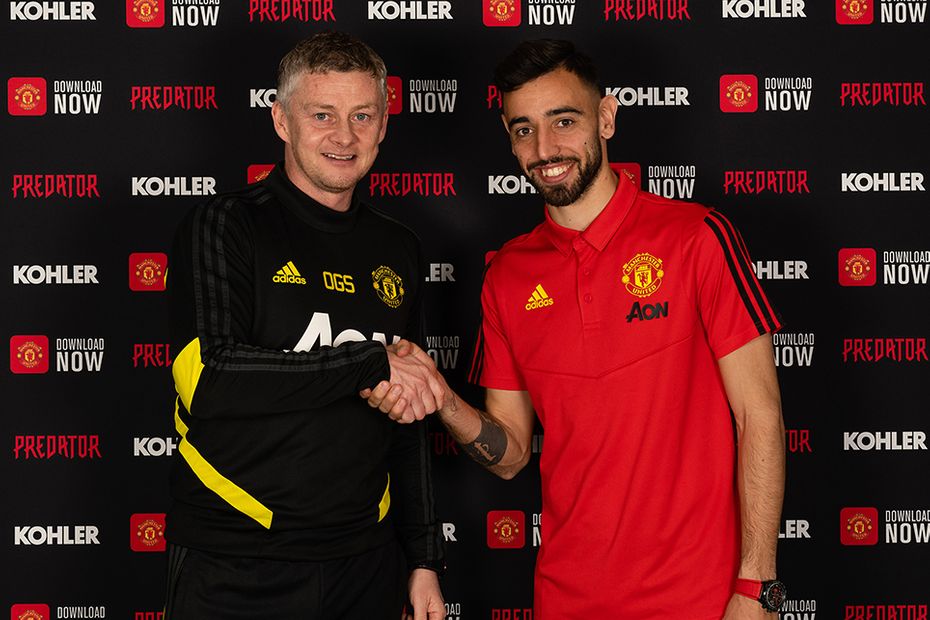 Manchester United have announced the signing of midfielder Bruno Fernandes from Sporting Lisbon.

The 25-year-old has agreed a five-and-a-half year contract, with an option to extend for a further year, after joining for an undisclosed fee.

"My love of Manchester United really started when I used to watch Cristiano Ronaldo play and ever since then I have been a big fan of this great club," he told the club's official website.

"For me to now play for Manchester United feels incredible, I have worked hard to get to this moment and I can promise the fans that I will give everything for the badge to help bring us more success and trophies."

A Portugal international, Fernandes was a member of the team that won the UEFA Nations League final last summer.

He has scored 13 goals in 22 matches in all competitions this season and overall, has claimed 63 goals and 52 assists in 137 appearances for Sporting.

Man Utd are next in Premier League action when they host Wolverhampton Wanderers on Saturday.