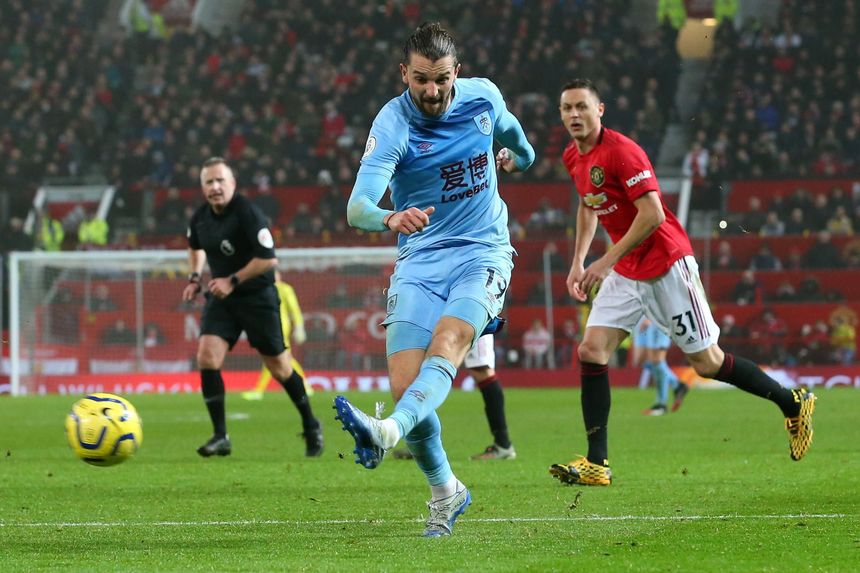 United's Aaron Wan-Bissaka created early chances for Anthony Martial and Juan Mata, but both came to nothing.

The Clarets' lead was doubled 11 minutes after half-time when Rodriguez blasted a shot from the corner of the area past David De Gea at his near post.

Mata sent a free-kick over the bar and Mason Greenwood flashed a shot wide, but United could not find a breakthrough.

United are fifth on 34 points, level with Tottenham Hotspur and Wolverhampton Wanderers.

Burnley's first win at Old Trafford since 1962 lifts them to 13th, joining four other clubs on 30 points.