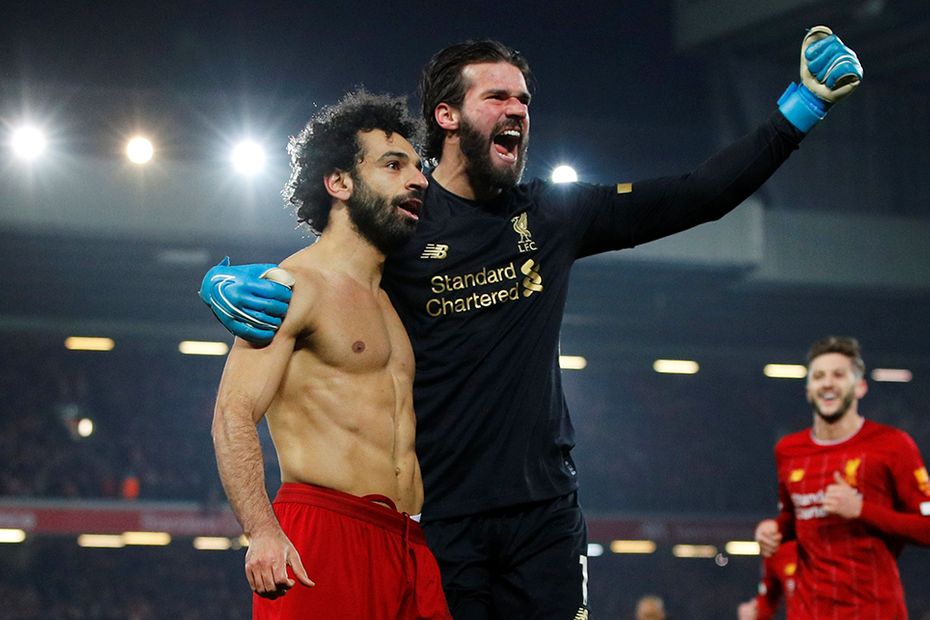 The Dutchman opened the scoring on 14 minutes, heading in powerfully from Trent Alexander-Arnold's corner.

Roberto Firmino had a goal overturned by VAR after Van Dijk was adjudged to have fouled David De Gea in the build-up.

Andreas Pereira could not connect with Aaron Wan-Bissaka's cross before Liverpool came close to doubling their advantage with Salah missing from close range and Jordan Henderson hitting the post.

Anthony Martial fired over the crossbar after being played in on goal before Salah secured the win in stoppage time, slotting underneath De Gea after a counter-attack for his first goal against Man Utd.