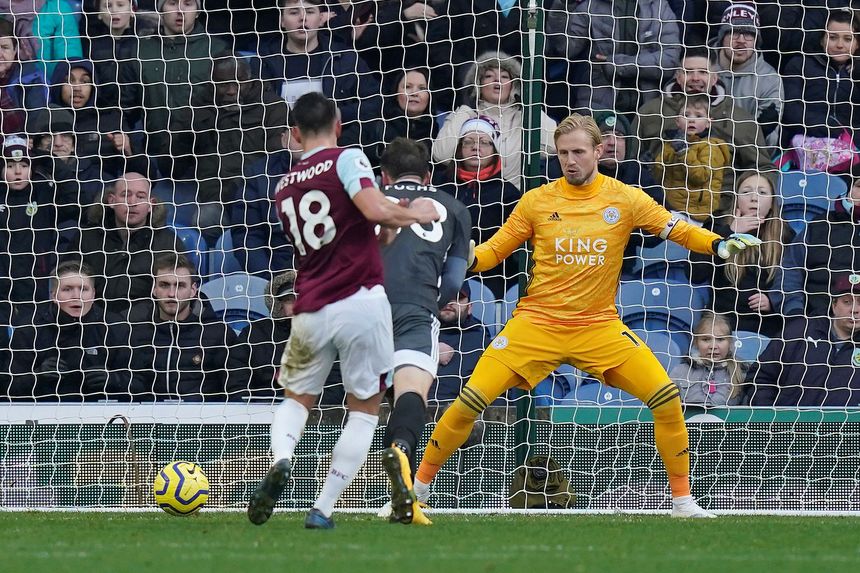 Second-half goals by Chris Wood and Ashley Westwood, along with a Nick Pope penalty save, earned Burnley a 2-1 comeback win over Leicester City.

Leicester took the lead after 33 minutes with Dennis Praet winning the ball and freeing Harvey Barnes, who beat Ben Mee before firing low past Pope.

Wood equalised on 56 minutes, tapping home from close range after Kasper Schmeichel had saved from Mee.

Leicester were awarded a penalty after Mee had fouled Barnes but Pope, who had previously denied Praet, dived to his left to save Jamie Vardy's spot-kick.

Westwood then put Burnley in front in the 79th minute, drilling low past Schmeichel following a poor clearance by Jonny Evans.

The Clarets' first win in five matches moves them up to 14th on 27 points. Leicester's fourth defeat in six leaves them third with 45 points, three behind Man City.