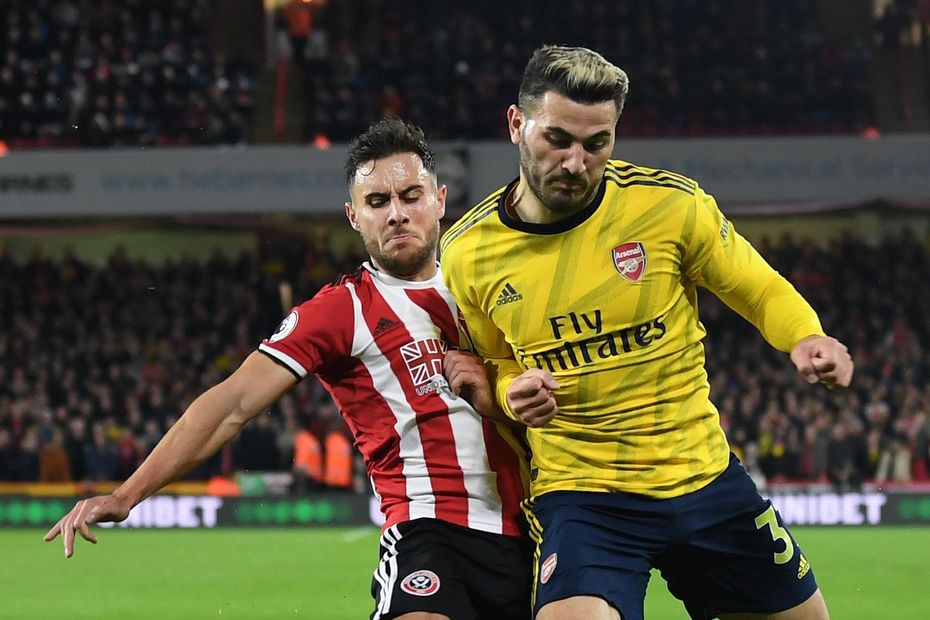 'Scoring is the best medicine for strikers' External Link

Arsenal are aiming for a second successive home win under Mikel Arteta, while Sheffield United look to complete a league double over their hosts.

Pierre-Emerick Aubameyang starts a three-match ban for Arsenal while Hector Bellerin (hamstring), Lucas Torreira and Sead Kolasinac (both hip) are being assessed.

Chris Wilder has reported no new injuries for Sheffield United.

Since losing 2-1 at West Brom in November 2015, Arsenal are unbeaten in their last 21 Premier League matches that have kicked off at 15:00 on a Saturday. Their last such defeat at home was against Aston Villa in August 2013.

The Gunners have won only one of their last seven home league matches, although that victory came last time out against Manchester United.

John Fleck has been involved in the most Premier League goals this season without any of them coming away from home. His four goals and two assists have all come at Bramall Lane.