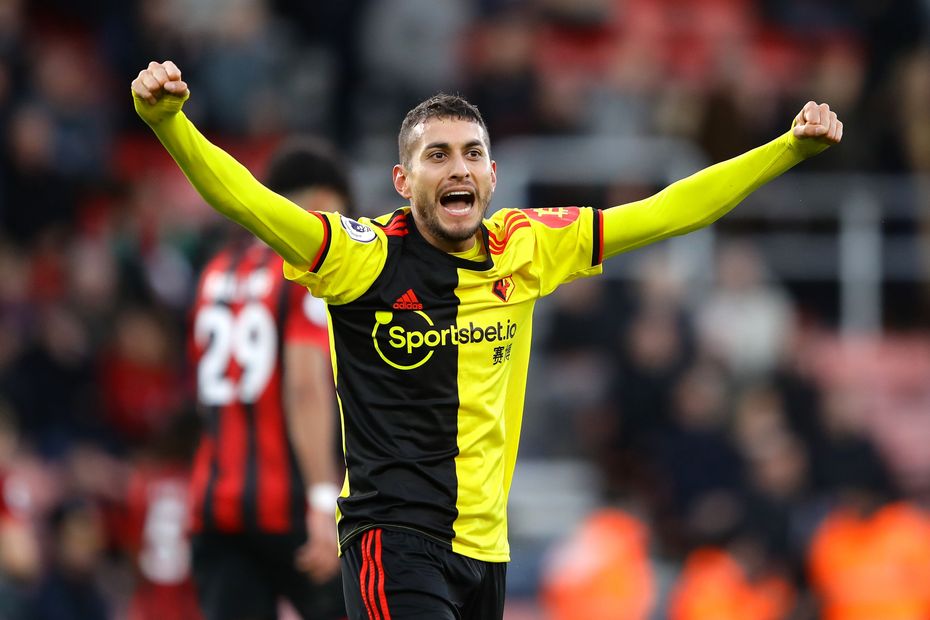 Watford climbed out of the relegation zone after goals from Abdoulaye Doucoure, Troy Deeney and substitute Roberto Pereyra secured a 3-0 victory over AFC Bournemouth.

Gerard Deulofeu was denied by Mark Travers before Doucoure put the Hornets in front on 42 minutes.

Travers' clearance only found Ismaila Sarr, who crossed for Doucoure to fire into the roof of the net for his second goal in as many matches.

Watford were a constant threat on the counter-attack and made the score 2-0 midway through the second half, with Deeney blasting in after AFC Bournemouth could not clear the ball from the area.

Pereyra volleyed in a third during stoppage time as Watford claimed their third straight victory.

The Hornets leapfrog AFC Bournemouth into 17th with 22 points, two places and two points above the Cherries.