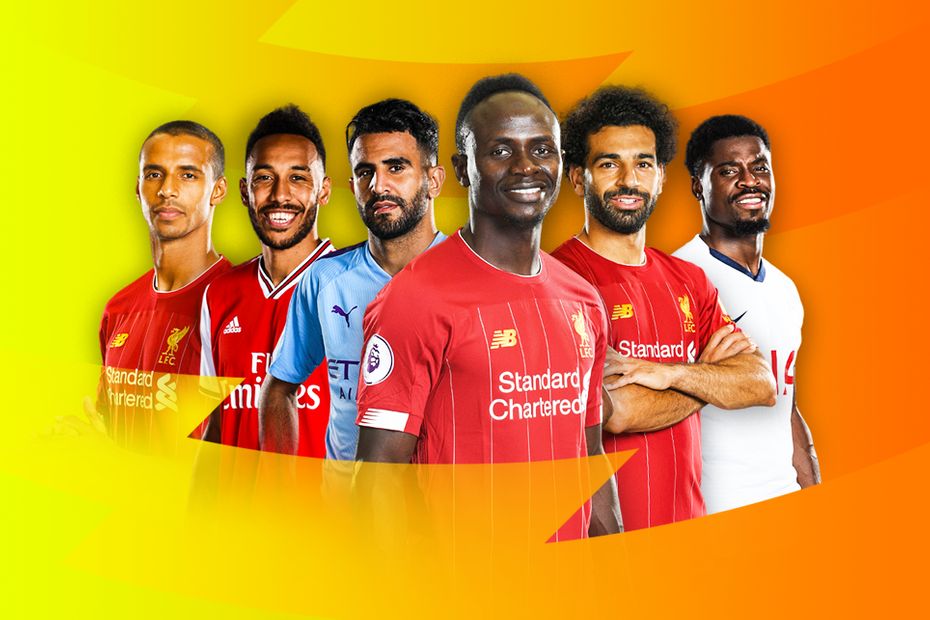 Liverpool star voted African Player of the Year and is honoured alongside Aubameyang, Aurier, Mahrez, Matip and Salah

Last year was a big one for African players in the Premier League, with three of them sharing the Golden Boot.

And now six stars from four PL clubs have been named by their peers in the Best Africa XI, organised by the Confederation of African Football (CAF) and FIFPro, the world players' union.

It makes the Premier League the most-represented competition, with Liverpool’s Sadio Mane also winning the prestigious African Player of the Year award.

Mane is joined in the CAF-FIFPro Best XI by Pierre-Emerick Aubameyang, Serge Aurier, Riyad Mahrez, Joel Matip and Mohamed Salah, who were rewarded after votes were given to players representing the national teams of 35 African countries, with a total of 707 valid ballots being registered.

And now, African Player of the Year 🏆 pic.twitter.com/8K15y67hvg

Here we chart the contributions made by all six players during a memorable 12 months.

The Gabonese striker scored nine Premier League goals in the second half of 2018/19, finishing the season with a tally of 22 to take a share of the Golden Boot.

His six goals in the UEFA Europa League knockout stages, including a hat-trick away against Valencia, helped Arsenal reach the final.

This season Aubameyang is in the hunt for the Golden Boot again, lying second in the top scorers’ chart with 13 goals.

The Ivory Coast right-back helped Tottenham Hotspur reach the UEFA Champions League final last season, most notably setting up a goal and contributing to a clean sheet in a 3-0 home win over Borussia Dortmund in the Round of 16.

This season Aurier has secured a place as Spurs’ first-choice right-back, starting 16 of their 21 Premier League matches and providing three assists.

The Algerian winger was part of the Manchester City squad that won an unprecedented domestic treble of the Premier League, FA Cup and EFL Cup in 2018/19.

He went on to win the Africa Nations Cup in Egypt in July, scoring three goals at the tournament, one of which won the 2019 African Goal of the Year award.

What a hit this was by #RiyadMahrez in the AFCON semi-finals! 🚀

Matip played throughout six of Liverpool's seven UEFA Champions League knockout ties last term, including the 4-0 victory over Barcelona and the final.

The Cameroonian defender scored in August’s FA Community Shield and started nine of Liverpool’s first 12 league and European matches in 2019/20 before being sidelined by injury.

The Senegalese forward scored 14 Premier League goals between January and May to claim a share of the Golden Boot, before winning the UEFA Champions League with Liverpool.

He has since won the UEFA Super Cup, having scored twice against Chelsea, and the FIFA Club World Cup, while he was a finalist at the Africa Cup of Nations.

Mane’s 11 goals and six assists in the Premier League this season have helped to give Liverpool a 13-point lead as they bid to win the PL title for the first time.

Mane's Liverpool team-mate also earned a share of the Premier League’s Golden Boot in 2019 after scoring nine top-flight goals in the second half of last season.

The Egyptian held his nerve to convert a vital early penalty against Tottenham Hotspur in the UEFA Champions League final.

And he has been influential again this term, scoring 14 goals in all competitions, 10 of which have come in the top flight, as the Reds target glory in the Premier League, UEFA Champions League and FA Cup.