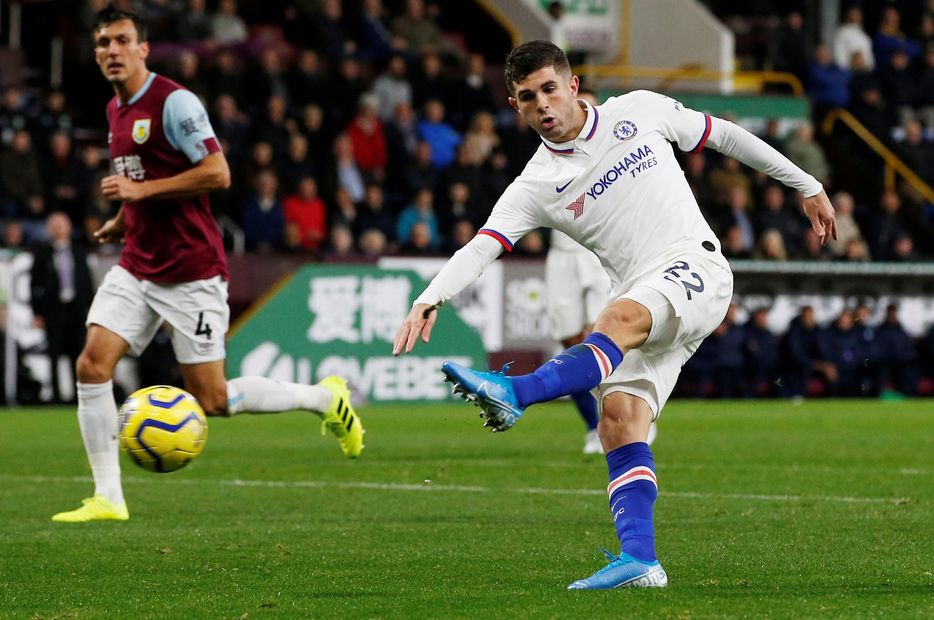 Chelsea will be aiming to consolidate their position in the top four with a first home league victory in over a month following defeats by AFC Bournemouth and Southampton.

Burnley are seeking to end a three-match losing streak which has left them four points above the bottom three.

Chelsea's Christian Pulisic (thigh) is out "for a few weeks" says Frank Lampard, while Saturday's contest comes too soon for Marcos Alonso (muscle).

Ruben Loftus-Cheek (Achilles) continues to work his way back to fitness for the Blues.

Ashley Barnes, who missed Burnley's FA Cup tie last weekend with a groin problem, is due to see a specialist.

Phil Bardsley and Jay Rodriguez are doubts after suffering from illness, while Johann Gudmundsson (hamstring) is out of action.

Chelsea won 4-2 at Turf Moor in the reverse fixture and can do the double over Burnley for the first time since 2009/10.

Burnley have won only one of their 11 PL meetings with Chelsea (D3 L7). However, five of the six points they have won against the Blues have been at Stamford Bridge (W1 D2 L2).

Ashley Westwood has 12 PL assists since the start of last season, three more than any other Burnley player, and has set up each of their last three goals.