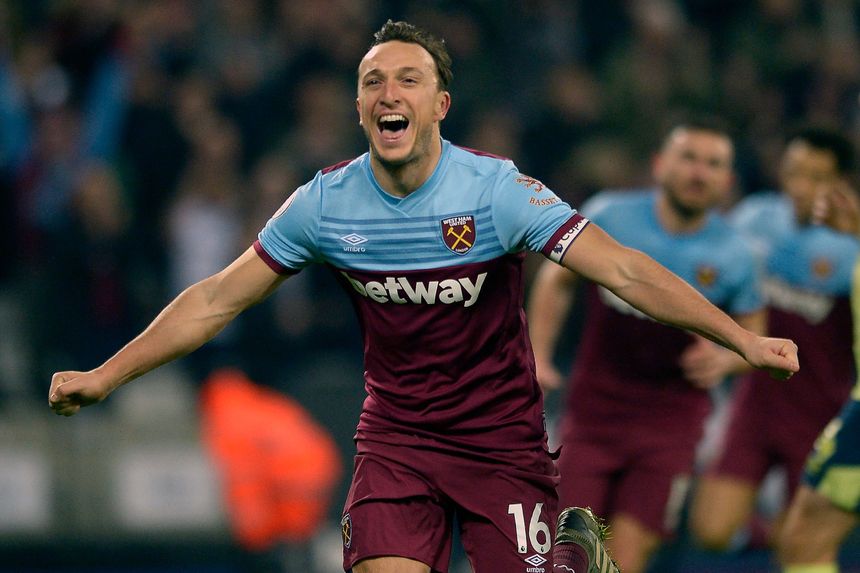 David Moyes: The players made it easy for me External Link

Mark Noble scored twice as David Moyes' second spell in charge of West Ham United got off to a dream start with a 4-0 victory over AFC Bournemouth.

The Hammers took the lead on 17 minutes after Noble's deflected strike rolled in before Sebastien Haller doubled the home side's advantage eight minutes later with a superb scissor-kick.

Noble scored his second from the penalty spot in the 35th minute after he was fouled by Harry Wilson before Felipe Anderson added a fourth midway through the second half.

Aaron Cresswell was shown a red card for a tackle on AFC Bournemouth substitute Ryan Fraser but it was changed to a yellow card following VAR consultation.